Shanti Travel > The Festival of Lights in India – Diwali 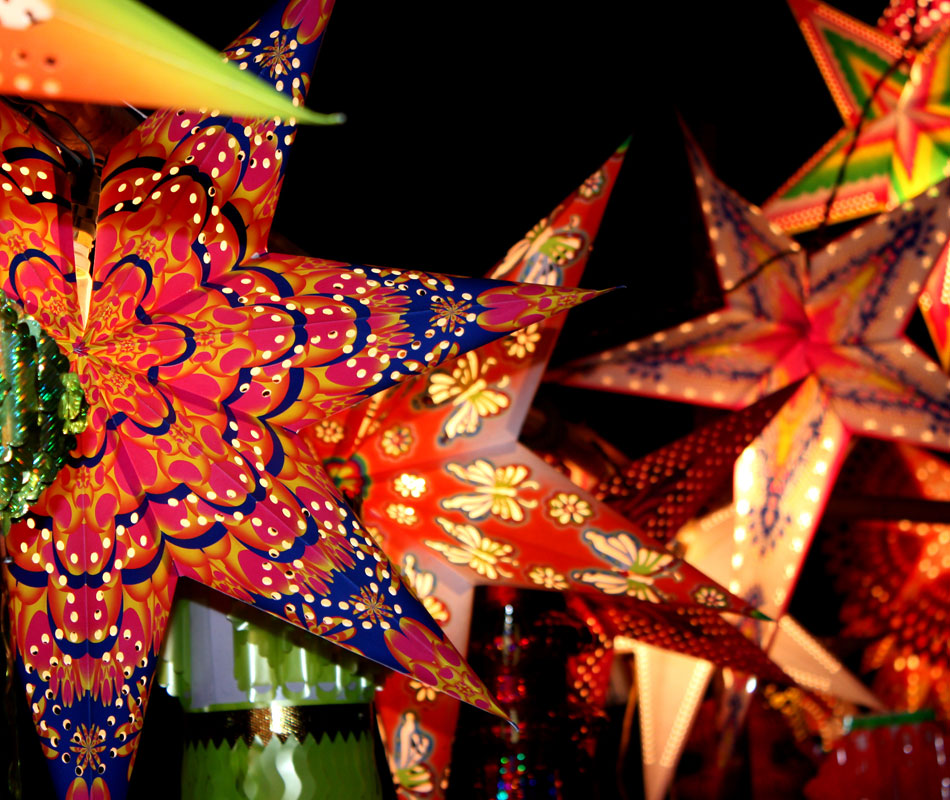 The Meaning of Diwali

On the occasion of Diwali or Deepawali – which means festival of lights –  clay lamps (diyas in Hindi) are lit in all homes, regardless of the social status. People decorate their homes with these Diyas and make rangoli (multi coloured designs with coloured powders) patterns in the courtyard and outside the front door. They hang orange flowers paired with green mango leaves from their doors and windows. Lit diyas and candles are placed on rooftops, rooms, and even in the kitchen and bathrooms. On this day, people primarily worship Ganesha, known to be the God of good beginnings and Goddess Lakshmi, the goddess of wealth and prosperity. Gifts and sweets are exchanged with friends, relatives and neighbors. Diwali is celebrated nationwide on the day of the new moon after the festival of Dussehra. The festival’s name may differ regionally, but the essence of the occasion remains the same – the victory of good over evil and celebration of life. Diwali has great significance for Hindus and is considered very auspicious. This day also marks the culmination of autumn and the commencement of winter. 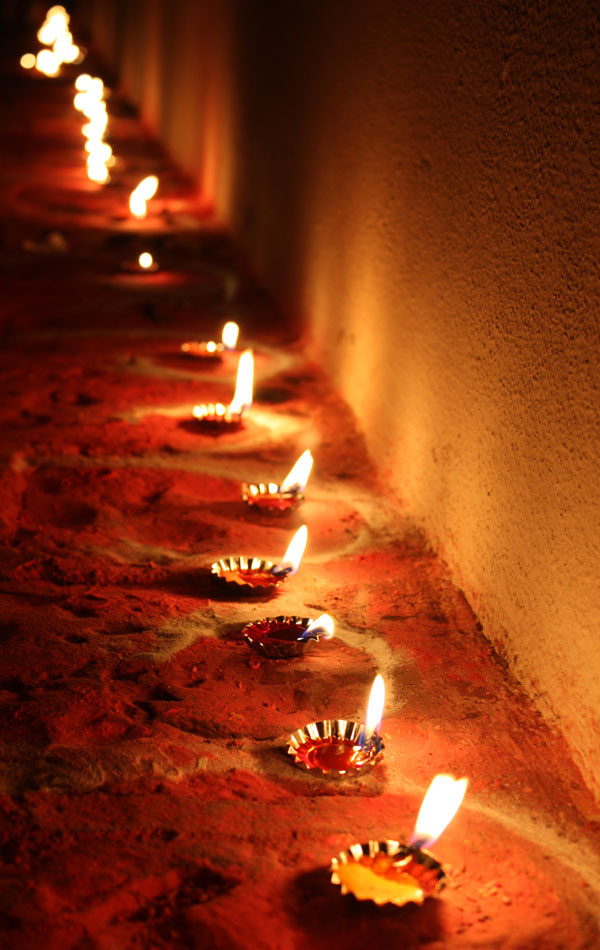 The history of this festival dates back to 7000 BC and is describes in the mythological epic called Ramanyana. According to this legend, Lord Ram’s wife Sita was captured and help captive by a demon called Ravana in Sri Lanka. Ram went to Sri Lanka with his monkey devotee Hanuman and his army of monkeys. The day Lord Ram won the war and returned to India with Sita is celebrated as Diwali. This victory of good over evil is manifested in the lit lamps and candles throughout the city.

Diwali in North India and Bengal

Diwali is celebrated in all parts of India and even in the smallest villages, whatever the religion of its inhabitants. India is well known for its secular and diverse culture. General traditions associated with this festival include house cleaning, wearing new clothes and exchanging gifts with near and dear ones. In North India, on the actual night of the festival, the celebrations begin with bursting firecrackers (although this custom has abated owing to the level of pollution it creates), ceremonial praying to Goddess Laxmi and adorning houses with an array of fancy light bulbs. In Bengal, the festivities are marked by the worship of the goddess Kali. People celebrate Kali puja with great fervor and enthusiasm.

A United India for Diwali

The festival of Diwali unites the whole of India and there is joy and celebration in every corner of the country on this day. The exchange of sweets and the explosion of fireworks usually accompany the celebratory feasts. Diwali is an occasion of joy and togetherness for people of all ages and all classes.

Experience the magic of Diwali in India with Shanti Travel and plan your trip to North India in November.