Shanti Travel > TOP 5 THINGS TO DO IN JAIPUR

Also know as the “Pink City of India”, Jaipur is the capital as well as the largest city of the state of Rajasthan in Northern India. It is home to numerous forts, palaces and monuments that are scattered inside as well as around the city. Not only is it impressive in size and population, it is rich in local culture and tradition which makes it the perfect place for an immersive experience in Indian life. You won’t be deceived as you soak in the intensity of Rajasthan and the beauty of this region. 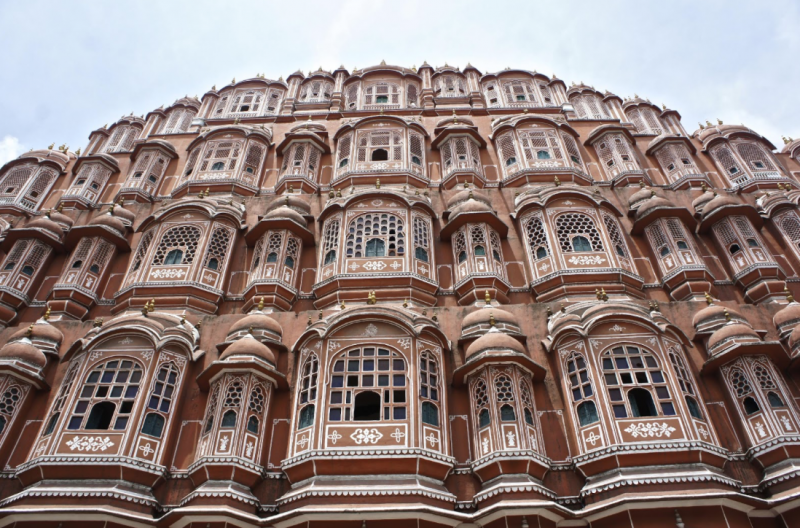 The Hawa Mahal, which means “Palace of Winds”, was essentially a high screen wall built by maharaja Sawai Pratap Singh in 1799 to enable the women of the royal household to observe street festivals while unseen from the outside. From the top one can see the stunning views over Jantar Mantar and the City Palace one way, and Siredeori Bazaar the other. 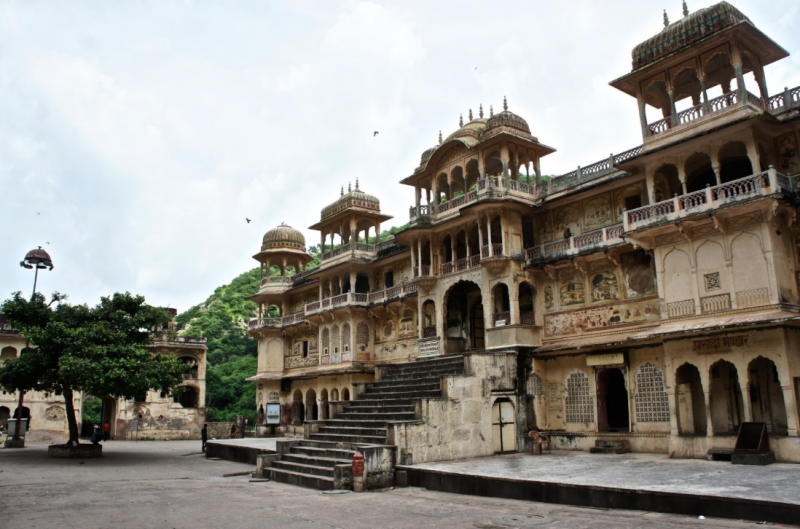 A pre-historic Hindu pilgrimage site, the Galtaji Temple, is located only 10km away from Jaipur. One of the jewels of the city, the temple complex encompasses natural fresh water springs and 7 holy ‘kunds’ or water tanks. Among these kunds, the ‘Galta Kund’, is the holiest one and is believed to never get dry. A spring of pure water flows from the ‘Gaumukh’, a rock shaped like a cow’s head, into the tanks. This magnificent temple is built in pink sandstone amidst low hills, and is structured to look more like a palace or ‘haveli’ than a traditional temple. The Galta Monkey Temple has a back-drop landscape full of lush green vegetation, and offers a great view of the city of Jaipur. The temple was built by Diwan Rao Kriparam during to the 18th century and is famous for all the monkeys that inhabit the place. 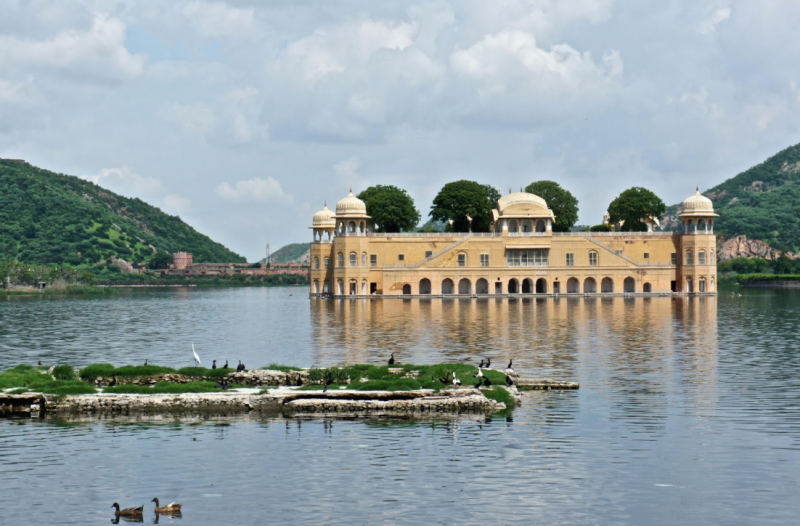 Probably one of the quieter places to visit in Jaipur is the Jal Mahal, a former shooting lodge belonging to the maharaja himself. The Jal Mahal palace is considered an architectural beauty built in the Rajput and Mughal styles of architecture (common in Rajasthan) providing a picturesque view of the lake and the surrounding Nahargarh hills.

What you can’t see from outside is that the palace is a five storied building out of which four floors remain under water when the lake is full, except for the top floor which is exposed!

OVERLOOK JAIPUR FROM THE NEHERGARH FORT 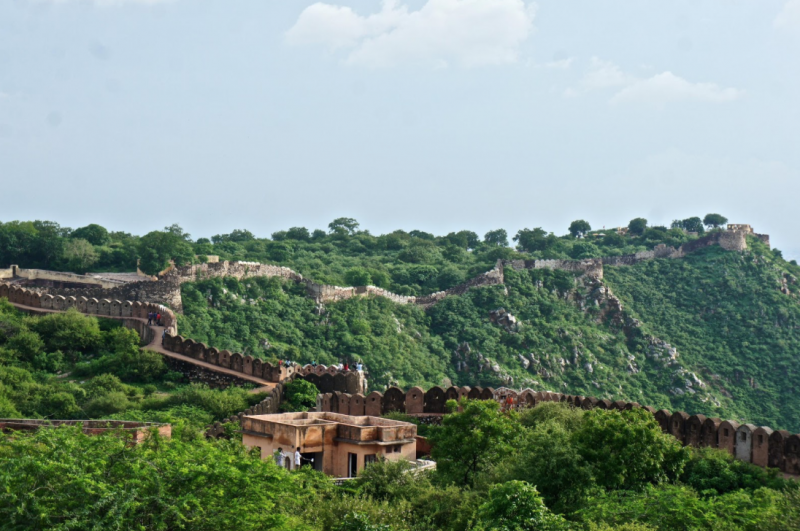 Nahargarh Fort was built on the Aravalli hills as a retreat place in 1734 by Maharaja Sawai Jai Singh II, the founder of Jaipur, and it provides one of the best views of the city. Legend has it that the construction of the fort was obstructed by the spirit of a Rathore prince, Nahar Singh Bhomia. However, the spirit was pacified when a temple dedicated to him was built inside the fort.

Nahargarh Fort was never attacked but, it witnessed some major historical events, like the treaties with the Maratha forces which attacked Jaipur in the 18th century. This fort gave shelter to many Europeans in the region, including the British Resident’s wife during the Sepoy Mutiny of 1857. 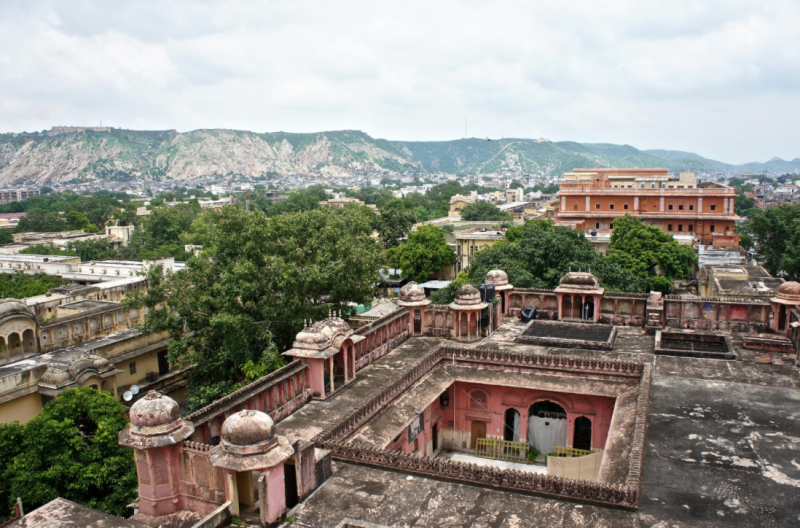 No stay in Jaipur is complete without a visit in the Pink City! Originally built by Sawai Jai Singh II, the entire city was painted pink to welcome the Prince of Wales in 1876. Since it is the old city as well, you will not be disappointed once you see the great works of architecture that fill this enchanting part of the town.