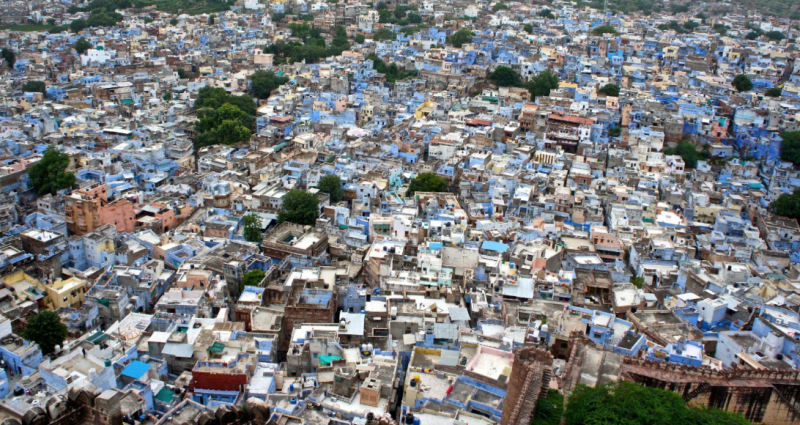 Jodhpur, also known as the “Blue city” or the “Sun City, was built in 1459 AD by Rao Jodha, the Rajput chieftain of the Rathores. His goal and intentions were to build a new capital to replace the old one, Mandore, which can be visited at the now called “Mandore Gardens”.

The Rathore kingdom was also known as the Marwar and was the largest in Rajputana, hence the people of Jodhpur and surrounding areas were called “Marwaris”. The city was built on a strategic point which linked Delhi to Gujarat by road, enabling to city to profit from a flourishing trade in opium, copper, silk, sandals, date palms and coffee.

A very famous tourist destination, Jodhpur is the perfect place to visit if you’re looking for some authentic Indian energy and experience. Rich and vibrant with a diverse mix of forts and palaces, temples and havelis, culture and tradition as well as a long history in textile making, you won’t run out of things to do!

THINGS TO DO IN JODHPUR

Jodhpur is busy city with a great diversity of places to visit and discover, so you should have a hard time getting bored once here! Here are our top things to do: 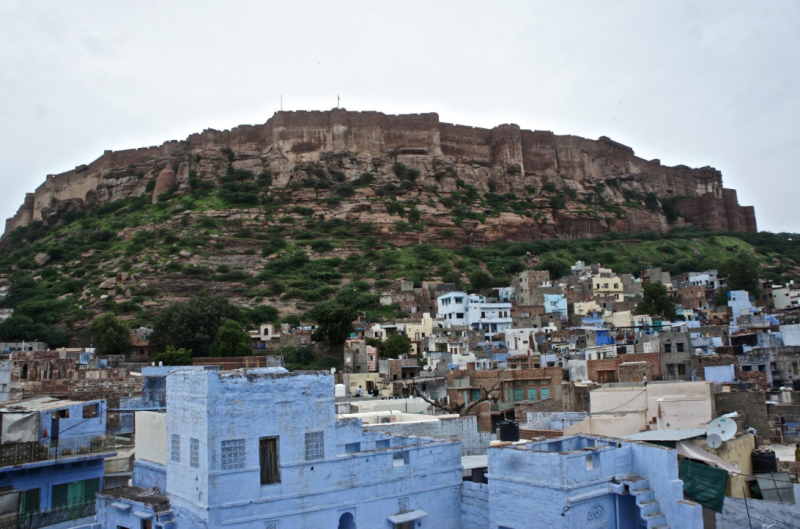 Once atop the Mighty Mehrangarh fort, one can see the whole of Jodhpur from above, which is truly a spectacular view! Built around 1460 Rao Jodhua, the fort is situated 125m above the city and is enclosed by thick fortified walls. Inside its boundaries there are several palaces known for their intricate carvings and expansive courtyards, as well as a museum. You can climb up to the fort, which only takes 10 – 15 minutes, or go there by car.

CHECK OUT THE JASWANT THADA 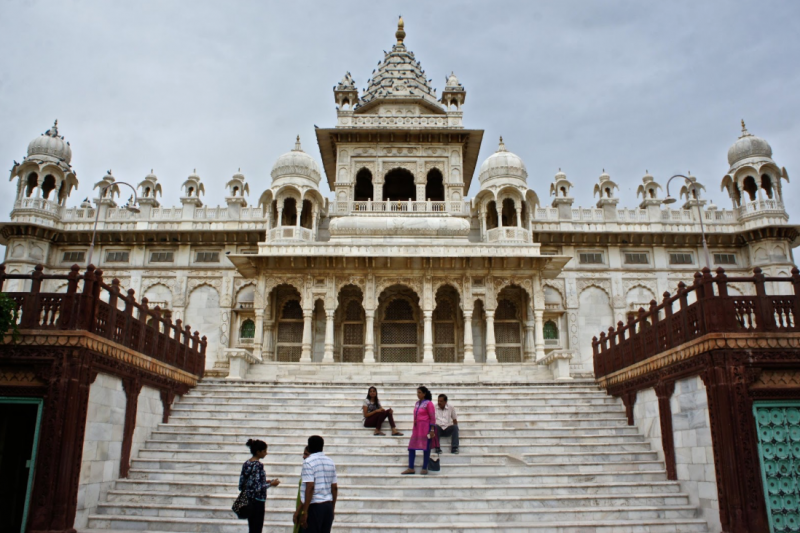 Only 10 mins away from the Mehrangarh fort by walk, you’ll find the Jaswant Thada, a cenotaph built in 1899 by Maharaja Sardar Singh in memory of his deceased father, Maharaja Jaswant Singh II. To this day, it serves as the burial ground for the Marwar rulers. The entire structure is built out of white marble sheet, which makes it seem to glow when the sun sets. It’s a a very mellow and relaxed place with lush green gardens surrounding the palace, definitely a must do! 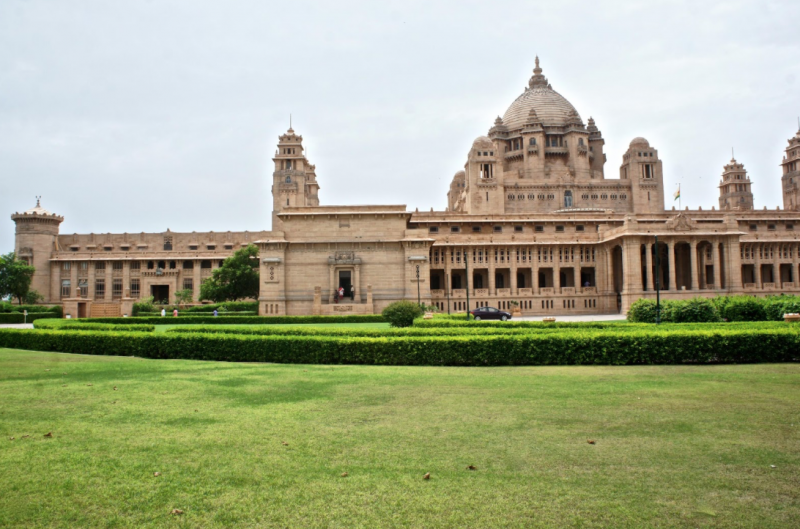 The Umaid Bhawan Palace is one of the world’s largest private residences, and the edifice is home to a mind-blowing 347 rooms and serves as the principal residence of the erstwhile Jodhpur royal family. A part of the palace also houses a museum, which is a great visit.

Umaid Bhawan Palace was called Chittar Palace during its construction due to use of stones drawn from the Chittar hill where it is located. Construction of the building began on 18 November 1929 and was completed in 1943. The Palace was built with the purpose of providing employment to thousands of people as Rahjasthan was going through severe famine at the time.

TAKE A WALK IN THE MANDORE GARDENS 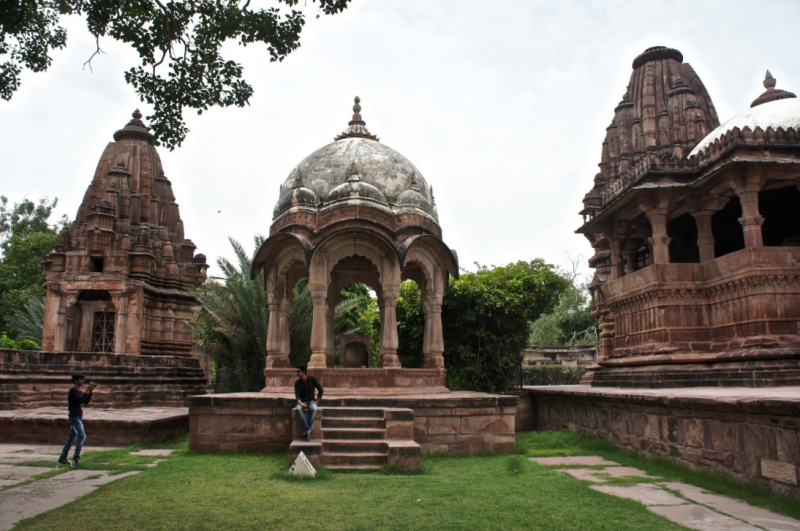 Situated just 9 kms away from Jodhpur, Mandore used to be the former capital of the state of Marwar before Jodhpur was built.  Mandore is surrounded by beautiful lush green gardens which are inhabited by the gentle langur monkeys, and is a great place to escape the crowds. It is home to a number of dark-red cenotaphs, which were built in honor of the previous rulers of Jodhpur. The cenotaphs were built in the 1700’s, and remain more or les intact to this day. One will also notice the ruined Mandore Fort that is located on a hill behind the gardens. Indeed a great place to come for a picnic with family and friends!

WALK AROUND IN THE CITY STREETS 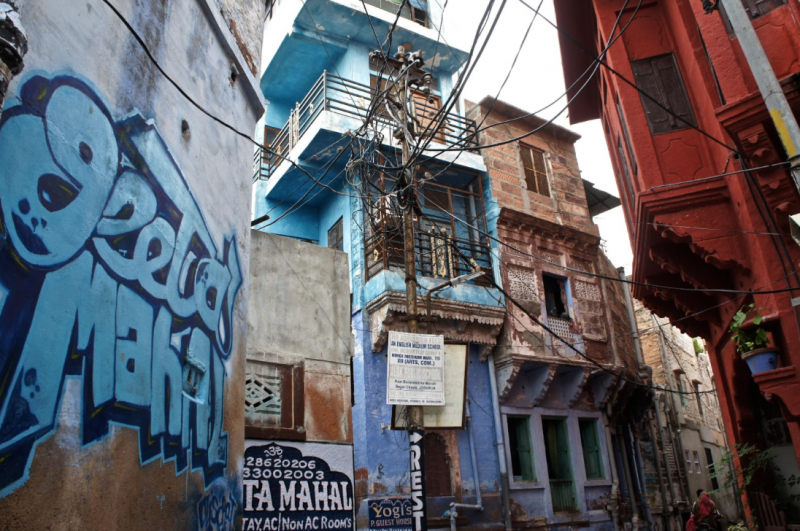 Jodhpur is a busy and teeming city filled with life, activity, color and ancient architecture. I highly recommend you to go for long discovery walks inside the city’s street, especially higher up the town where the blue part of town is located, at the foot of the fort. Simply walking through those streets provides you with a great array of experiences, ones that you won’t be able to live while visiting palaces and monuments!

Jodhpur is the perfect place to come to if you want to experience Rajasthani culture at its finest!