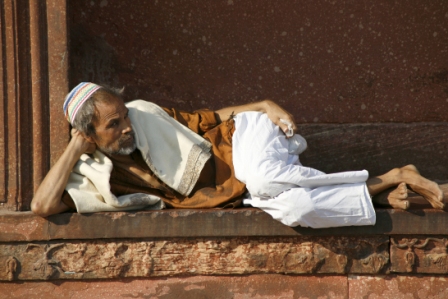 Delhi is called the city of contrasts. On one hand is the capital center of New Delhi, with tree-lined boulevards, national monuments, world class transit systems and gigantic state-of-the-art retail centers housing global powerhouse brands. On the other hand, the erstwhile capital of the Mughal era, known today as Old Delhi. With remnants of the erstwhile Mughal dynasty on one hand and a world-class metro system on the other, Delhi can be a befuddling experience. To truly feel the historic pulse of the city, one must travel to where its heart beat – Old Delhi.

The Magic of Old Delhi 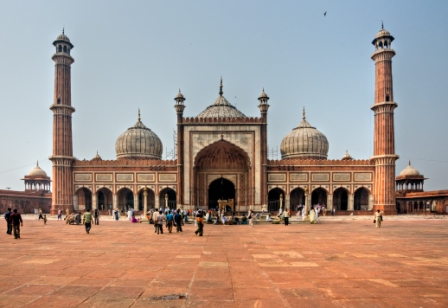 Old Delhi, known as the walled city, was founded as Shahjahanabad by the Mughal Emperor Shahjahan in 1639. When the British made Delhi the capital in 1911, they developed Lutyens’ New Delhi to the southwest of Shahjahanabad. As the new city kept modernizing, the walled city got increasingly congested and rundown, thus getting the epithet ‘Old Delhi’. The contrast between old and Lutyen’s Delhi hits you like a boulder as soon as you exit Connaught Place. Characterized by crawling traffic, narrow roads, cycle rickshaws and shops packed like sardines, Old Delhi is somewhat untouched by the jolt of modernity that has hit the rest of the capital. It remains one of the main wholesale markets, even if vegetable markets in East Delhi or Manesar have larger warehouses to feed 22 million people! The Jama Masjid, an iconic mosque for the Muslim population of Delhi and the largest mosque in India, is one of the key highlights on the Old Delhi landscape.

The backbone street of Old Delhi, Chandni Chowk is one of the oldest and busiest marketplaces in the capital. Meaning “moonlit square”, the market was once divided by canals that reflected the moonlight. When one meanders through the throbbing maze of shop-lined alleys and streets, neglected remains of the once majestic Mughal rule give an old-worldly charm to the place. This maze of a market is filled to the rim with traffic and pedestrians during the day.

Would it not be great to experience the true ‘street’ essence of Old Delhi whilst peddling on two wheels? Aromas of mouth watering Mughal cuisine, peddlers trying to earn their livelihood, remnants of old tombs and mosques… intense and overwhelming will be the defining emotions.  A cycling tour in Old Delhi starts at 6:30 am when the old city wakes till 10 am when the traffic is still fluid and it’s not too hot yet. Accessible to all, this journey on two wheels will be a memorable one.

To book this exciting activity for yourself, contact Shanti Travel today!