Shanti Travel > Amazingly off the beaten tracks in India for 2016 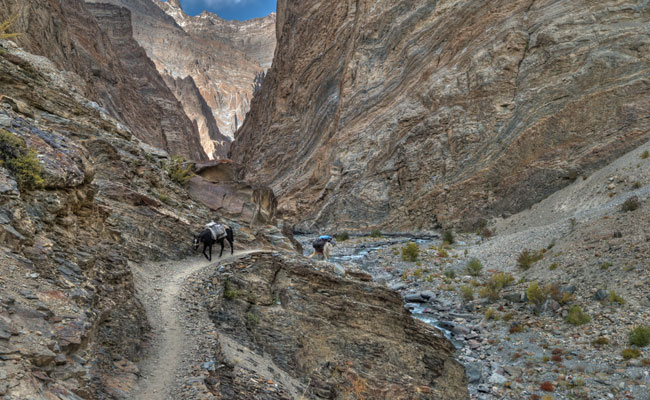 We read and watch a horde of information about the off the beaten track in India. It lure the lovers of adventure with its natural beauty and the adrenaline routes that infuse the spontaneous energy to be there just after a single glimpse of the place. Beaten by the same travel bug, I wandered few places across India to understand the meaning of offbeat travel in its true form and luckily, I never came back disappointed. So now, I would like to share some of my favorite off the beaten tracks in India which is still unexplored, untraveled and is the ultimate land of wilderness. Here are the top 10 destination that you can visit in 2016.

10 off the beaten tracks in India 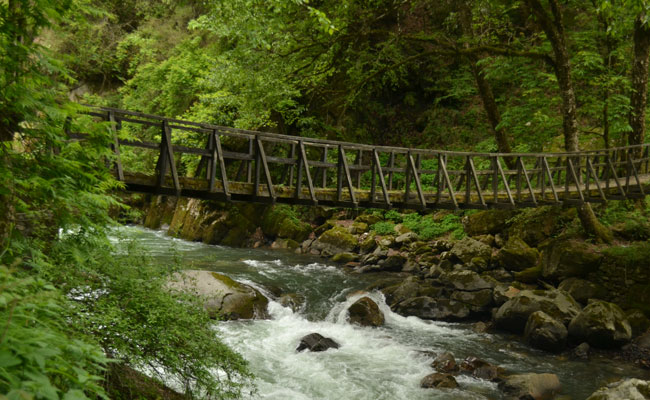 It is a secluded heaven in the lapse of the Himalayas in Kullu district of Himachal Pradesh. This quite uncharted riverside valley is ideal for trekking and fishing. It lies on the bank of River Tirthan reputed among the anglers for trout fishing and is also a gateway to the Great Himalayan National Park. Long walks through the lush coniferous forest alongside the River Tirthan is enticing. You can double your off beat amazement by trekking inside the Great Himalayan National Park as well. Watch this YouTube video about the park and you will know why I have put Tirthan Valley and GHNP on top of my mind for off the beaten tracks in India.  Though you will find lot of accommodation options in the valley but there is Raju’s Cottage in Gushaini village which is second to none for staying in Tirthan valley. 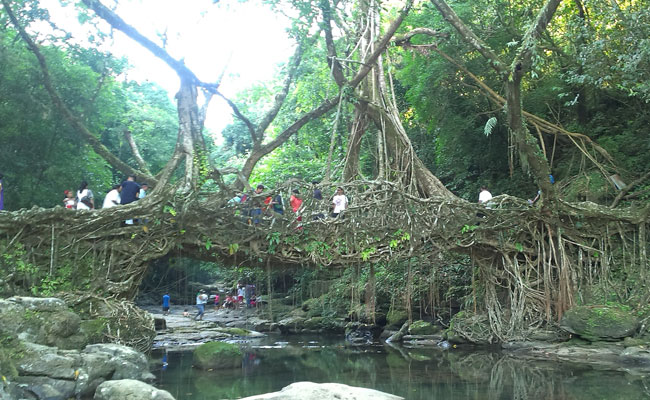 Nestled in the adobe of clouds, Meghalaya, this small region has held multiple records for the highest rainfall in the past. Although it is considered as the wettest place on Earth, but adjoining Mawsynram have the current title under its belt. For me the ideal time to visit Cherrapunji is during the monsoon and I think it is the only Indian monsoon destination. As an unexplored off the beaten places in India, Cherrapunji have lot of natural wonders to delight any traveler. The cliffs around here also provide a stunning views of the Bangladesh plains. When in Cherrapunji a visit to the Living Root Bridge is must. You will be amazed to see the bio-engineering method practiced by the locals to make such bridge. Trek to double decker Root Bridge is a delight and need at least few hours. This place also have lot of plunging waterfalls. The fourth highest waterfall of India, the Mawsmai Fall (1035 ft.) is just few kilometers from the Cherrapunji town.  Apart from the Root Bridge adventure lovers can do canoeing, caving and camping. 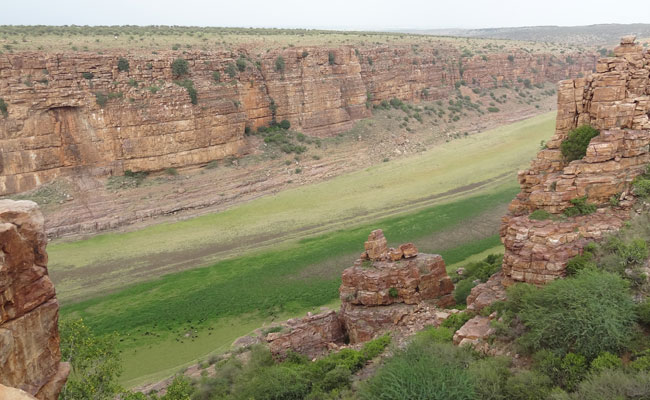 Gandikota is a small sleepy town in Kadapa district of Andhra Pradesh and is just 345 kms from Bangalore, Karnataka. Gandikota is famous for its majestic 12th century fort on top of the Erramla hills overlooking the River Pennar. The steep scaly gorge which create a meandering path for the pale green water of the River will remind you about “the Grand Canyon”. The walk on the cliffs and the panoramic view of the place will leave you awestruck. When you are in Gandikota another off beat destination which is just hours away from the fort is Belum Cave. It is the longest underground cave in India and also the second longest cave in the Indian subcontinent. Known for its stalactite and stalagmite formation the Belum cave is completely off the beaten with a total length of 3229 meters and reach its deepest point of 120 feet. 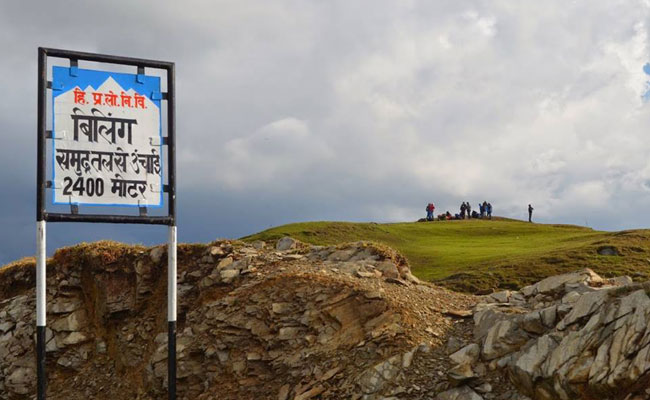 In the foot hills of the majestic Indian Himalayas is the charming town of Bir in the Kangra district of Himachal Pradesh. Famed as an eco-tourism hotspot along with Billing (under greater Bir area) a Tibetan refugee settlement, Bir-Billing is very close to my heart. From the lush green tea estates facing the Dhauladhar range or its multiple monasteries and large stupa this place has everything for both adventure lover and for those who seek relaxing gateway. Here you have adventurous options varying from trekking, camping, mountain biking to paragliding. Known as the paragliding capital of India in October 2015 the paragliding world cup was held in Bir-Billing area. So are you ready for some thrill at bill? 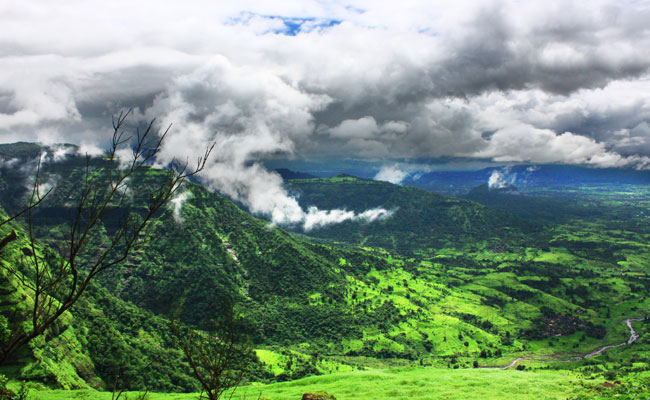 Matheran, the smallest hill station of India comes under the Raigad district of Maharashtra. This is the closest hill station from the bustling city of Mumbai. In the lapse of Sahyadri hill range, Matheran can be accessed only by walk and it offers many off the beaten trails which are short and very easy. Post monsoon, you will find Matheran at its best with cascading waterfalls, lush green valley and water filled lakes. Trek from Karjat to Matheran is considered as one of the best treks in Western Ghats of India. This is one of the two places where you will find Giant red squirrel in India. Be cautious! This off beat place is also a land of snakes. From non-venomous Keelback to venomous vipers and cobras you will find a lot of out here.  Once done with the off the beaten trails of Matheran do not miss experiencing the narrow gauge train ride in the Neral Matheran Light Train.

This pristine village is located just 40 kilometers ahead of Leh city in Jammu & Kashmir’s Ladakh region. Situated right in front of the confluence of River Zanskar and River Indus, Nimmu village is an ideal destination for river rafting. Rafting on the Indus (Grade 1) and on the Zanskar (Grade 2) is my favorite pick from this beautiful village. You can also hike the century old caravan routes from the village and I consider it as a best place to acclimatize yourself if you are heading up to Leh for trekking in Ladakh. When in Nimmu, make sure that you spend few days in Nimmu House, a century old jewel of Ladakhi architecture which is now converted as a heritage boutique hotel. 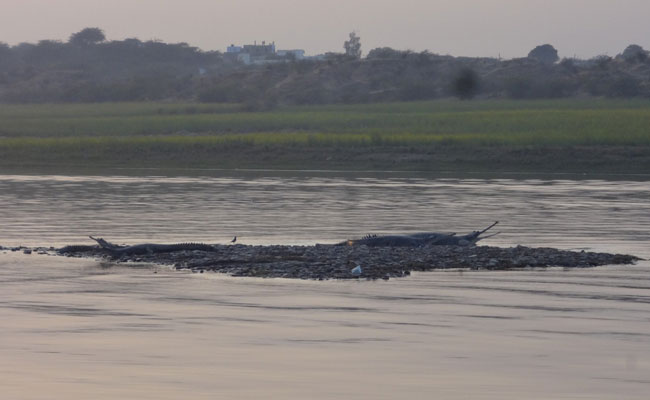 Pali Ghat is a beautiful riverine village in Sawai Madhopur District of Rajasthan. It is situated on the banks of Chambal River bordering the Indian states of Rajasthan and Madhya Pradesh. Though many traveler visit the famous Ranthambore National Park but very few wander the Pali Ghat which has a Crocodile sanctuary and watching the sunset over River Chambal is a sheer delight. You can walk alongside the river bank and is ideal for bird watching. The boat ride on the river will take you through three Indian states – Rajasthan, Uttar Pradesh & Madhya Pradesh. It comes in my list of off the beaten places in India because of the boat ride and the walk that give the opportunity to closely adore the huge Marsh Crocodile habitation basking the sun with mouth wide open. It was once also a home for the infamous “Bandit Queen” of India. 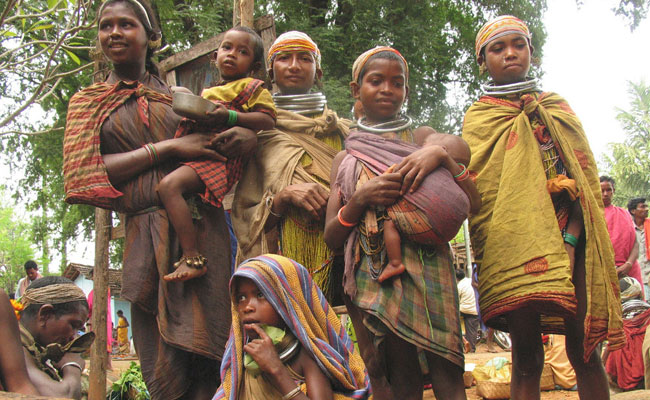 You think that invention of money has finished the age old practice of barter system? If you say YES than you are wrong! There are still few places in Odisha where barter trade still exists and the weekly tribal markets of Chatikona and Ankadeli are the places to witness such practices in this 21st century. The indigenous tribes and their unique lifestyle makes this two places a unique off beat place to travel in India. Once you arrive in Chatikona you can trek to the most primitive Dongria Kondh Tribe’s villages and you will be mesmerized to see their environmental ethics. After the village visit, you can head towards Chatikona weekly market which commence only on Wednesday. Another impressive tribal market where you can pay a visit is Ankadeli which is near Jeypore. Here you can find the semi clothed tribal of fierce Bonda tribe who stays in the remotest hills keeping themselves isolated from the rest of the world. The market commence only on Thursday but unfortunately the photography of the market place and the tribesmen is strictly prohibited. 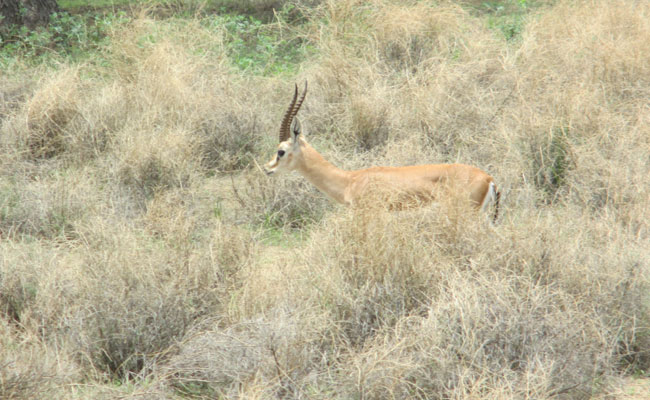 Situated in the Great Thar Desert of Rajasthan in India, Bishnoi villages of Rajasthan are more like an oasis in the hot desert. Bishnois are those who follow the 29 principles taught by Guru Jambeshwar to protect trees and wildlife. Bishnoi villages are the best place to experience the off beaten tribal lives of Rajasthan and their devotion for the Mother Nature. Bishnois are wild life lovers and it is because of them that Black Bucks are seen grazing in the fields even though this part of the Rajasthan experience acute draught. The best place to understand this strong bond of Bishnoi’s for Wild life and nature is in Jodhpur. The Khejarli Village, Gudda Lake, kakani village and Salawas village are few to name to understand the Bishnois perfectly. 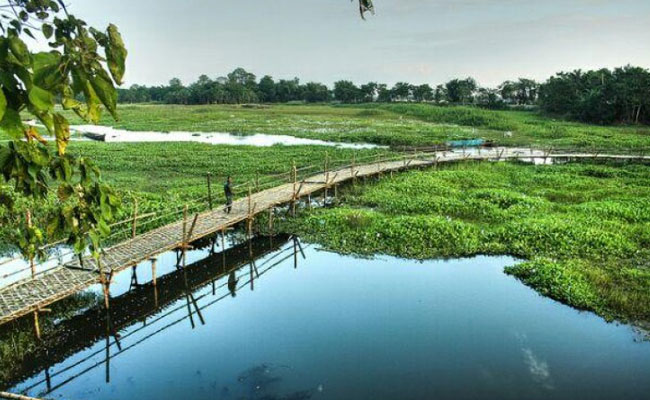 Traveling to Majuli will take you to a different world. In the middle of the River Brahmaputra it is one of a kind off the beaten destination in India. You can access Majuli only by boat. The inhabitants of this largest river island of India are neo vaishnavite. Here you will find lot of monasteries which practice a complete different way of devotion to connect with the god. It is very difficult to describe the beauty of the place which is filled with lush green paddy fields, fishing nets and laid back tribal people. This place is also famous for mask making and you can learn the art at Natun Samuguri Satra. If you want to learn the art of  boat building then I will recommend you to spend couple of days in Kamalabari Satra where the finest boats are built.

Here is my list of off the beaten tracks in India to travel in 2016. If you have some other place to add to the list then write about it in the comment section and i will populate the list with your favorite off the beaten place in India. To explore the places that I have mentioned, you just need to ask for a free quote over here http://www.shantitravel.com/en/tailor-made-travel