Shanti Travel > Annapurna in Nepal: Trekking in the Himalayas 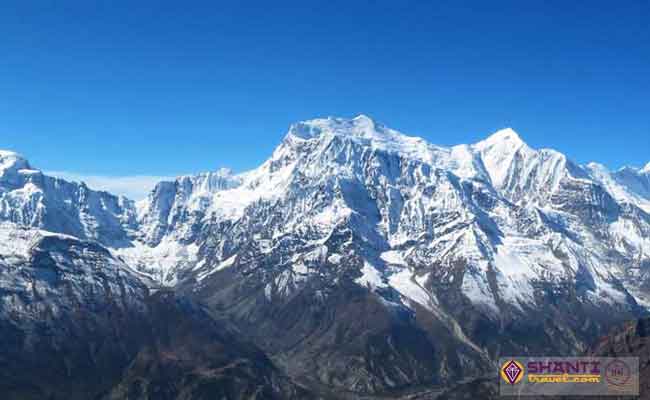 Dreaming about endless heights and timeless adventures? To make your dreams come true, you should be in Nepal for trekking in the Himalayas. The Annapurna range is one of the top ten highest peaks in the world, Annapurna I, rising to 8091m. It is also one of the most difficult to climb among all of the Himalayan circuit, far more dangerous than Mount Everest. Even the well-known trekking route takes around several days of walking in a magical landscape to conquer the summit.

A legendary trek that draws crowd for over 60 years

A Sanskrit name which literally means “full of food” but commonly known as Goddess of the Harvests. This sacred mountain is famous for being the first 8000-meter peak to be climbed by anyone. In the year 1950, a French expedition led by Maurice Herzog marked the history of mountaineering. Herzog and Louis Lachenal reached the summit via the north face on June 3rd 1950. Since then this expedition had a huge impact around the world, and have always fascinated trekkers from across the globe.  In 1951, Maurice Herzo revealed about this feat in his international bestseller called Annapurna: The First Conquest of an 8,000-Meter Peak (26,493 Feet). The event also allowed the opening of Nepal to tourists since 1950. This trek in the Himalayas, although extremely popular, is a wonder to discover without hesitation! 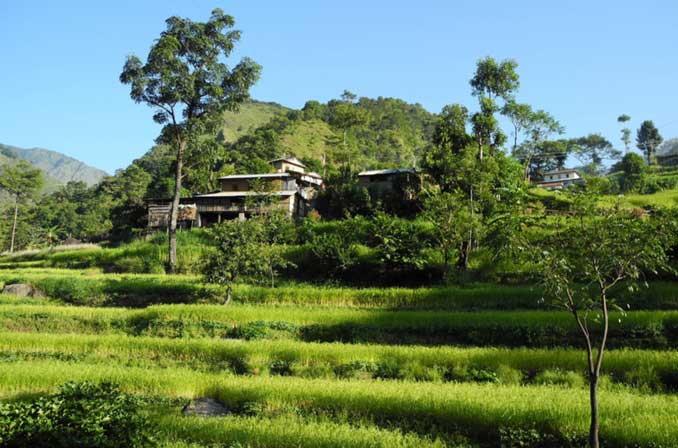 An exceptional diversity at all levels

Rice terraces in the coniferous forests, walking in contrasting scenery, reaching high arid valleys. The climate keeps changing, the subtropical floor ice and dense forest around Pokhara to the low desert regions of Mustang. In the south, the foothills are watered by the monsoon while further north the area is protected by the Annapurna massif and receives little precipitation.

Near Muktinath for example, the environment is similar to that found in Ladakh, India. The beauty of the environment is not the only asset of the region. The cultural dimension, through the variety of Himalayan people, is extraordinary. The higher you go the more you enter into a Buddhist land, Tibetan culture is reflected in every village through.

The Hindus, people of Tibetan origin like Gurung, Magar, Tamang, and the Thakalis form a mosaic of cultures. The architecture of their homes, their languages, their kitchens, and their business differs from one ethnic group to another. On your way, you will meet friendly people, starting with your trekking team. 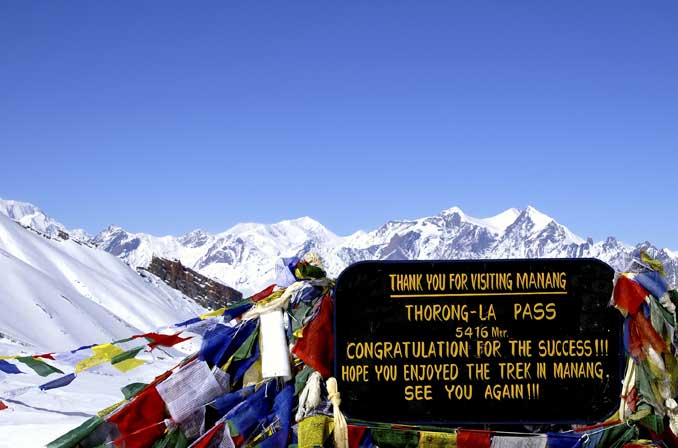 Several routes accessible to all

The legendary Grand tour of Annapurna takes around 14 days to walk between the deep gorges of the Kali Gandaki to Thorong La pass at 5416m. The magic of 8000 will seize you while progressing in the middle of the most beautiful Himalayan peaks: Dhaulagiri and Macchapuchre. This Himalayan trek is accessible to all walkers in good physical condition and who are ready for the challenge! Other routes are also possible if you have less time. The stunning Annapurna Sanctuary trek takes you to the Annapurna base camp. If you want adventure like no other, go for an original and committed itinerary to an other Annapurna.

Annapurna summit is possible in the spring and autumn: ideal during the months of October-November and March-April. 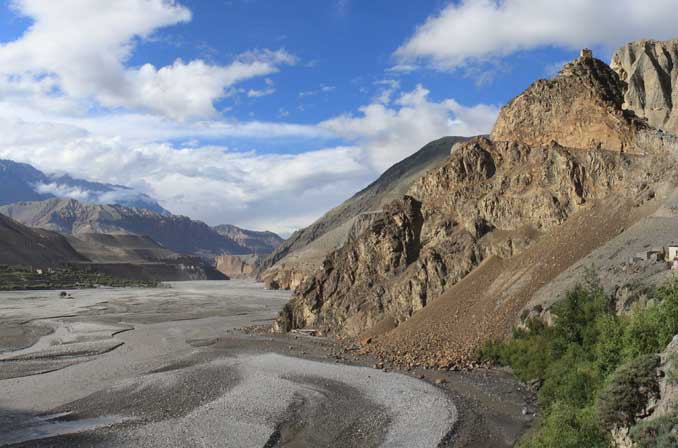 The Mustang, Pokhara other places to discover

Annapurna offer endless possibilities. During your trip, you will also follow an extraordinary Nepalese region: the Mustang. Jomsom, Muktinath Kagbeni or are on your way. You enter a lunar landscape, near Tibet, close to the famous Forbidden Kingdom.

If walking is not enough, you can indulge in other activities, mainly around Pokhara. In the same season as the treks, autumn or spring, do not miss the experience of paragliding! Pokhara is one of the best spots in the world to fly, it offers breathtaking views of the Himalayas. For those with vertigo, head to the paddle, the paddle board will take you for a nice ride on Lake Phewa. Finally, relax in Pokhara, a blessing after a long trekking and enjoy the many restaurants in Lakeside to celebrate your achievement! 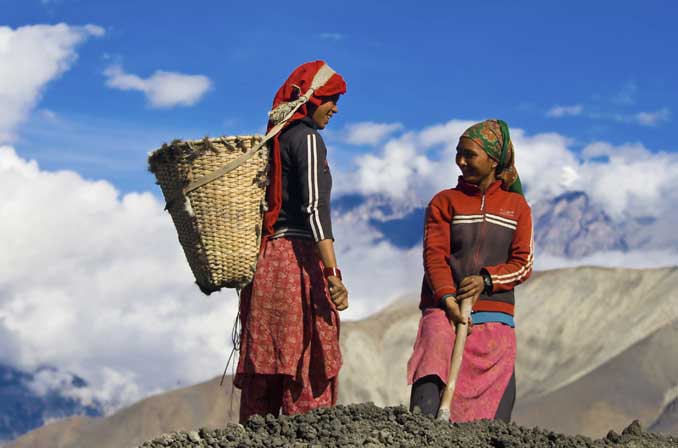 Nepal welcomes you with open arms

Despite the earthquake of April 25, 2015, Nepal has lost none of its fascination. Landscapes, mountains, Nepalis are still there and the country is recovering.Kathmandu Valley is rebuilding slowly and major sites are already re-opened to the public. In Pokhara there was no damage following the earthquake, the Annapurna region was also spared. Flights between Pokhara and Jomsom are operational and treks season approaching soon.

Our team is waiting impatiently for you to share their passion and enthusiasm for Nepal. Many hoteliers, guides, cooks and drivers are directly dependent on revenues from tourism. This year they need your visit more than ever.

Join us and go for a mythical journey to the heart of the Annapurna range! Discover our treks and customized trips on our website: http://www.shantitravel.com/en/nepal-trekking/