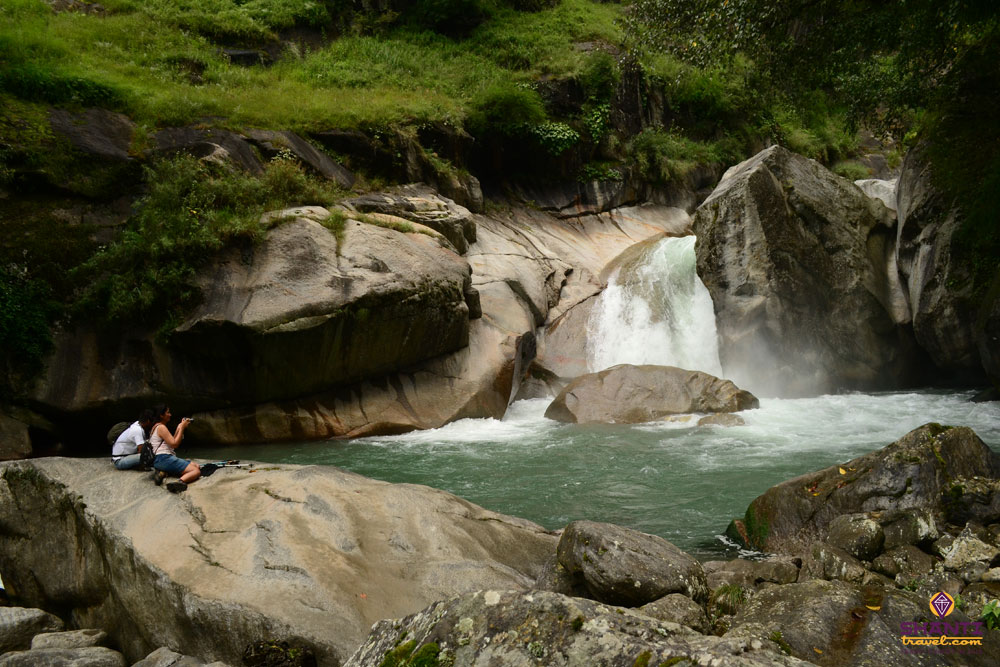 The Great Himalayan National Park is the newest entrant on the list of UNESCO World Natural Heritage sites in India. Established in 1984, the national park is situated in Kullu in the mountain state of Himachal Pradesh. The park is a hub of great biological diversity and has wonderfully scenic locales. It was added to the world listing in 2014 for its ‘exceptional natural beauty and conservation of biological diversity’. The Great Himalayan National Park is a fantastic destination for those who love nature, wildlife and peaceful surroundings. 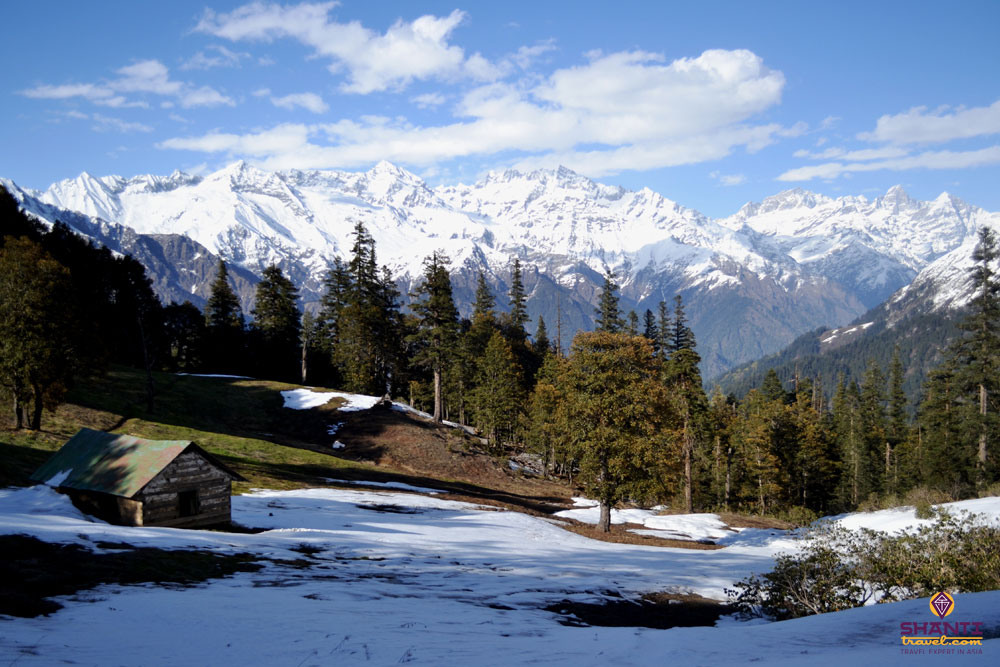 The Great Himalayan National Park is flanked by the Tirthan and Sainj Wildlife Sanctuaries. Taken together, they cover an area of 1,171 km2. The park is surrounded on the north, east and south by steep ridges and snow. The region varies in altitude from 1,700 to 5,800 km. This is why it houses flora and fauna from different zones – glacial, alpine, temperate and sub-tropical. The park is home to several snow-clad peaks and glaciers. Four major rivers of the area – Jiwa, Sainj, Tirthan and Parvati – also originate within the park.

Vegetation within the national park ranges from sub-alpine pastures to riverine forests. Mountainsides are often found covered in multi-coloured blooms and conifers. Alpine meadows are found at the highest altitudes. Moving from a lower to higher altitude, there is a significant shift in the vegetation and animal life. It is a one of a kind experience to witness this transition. 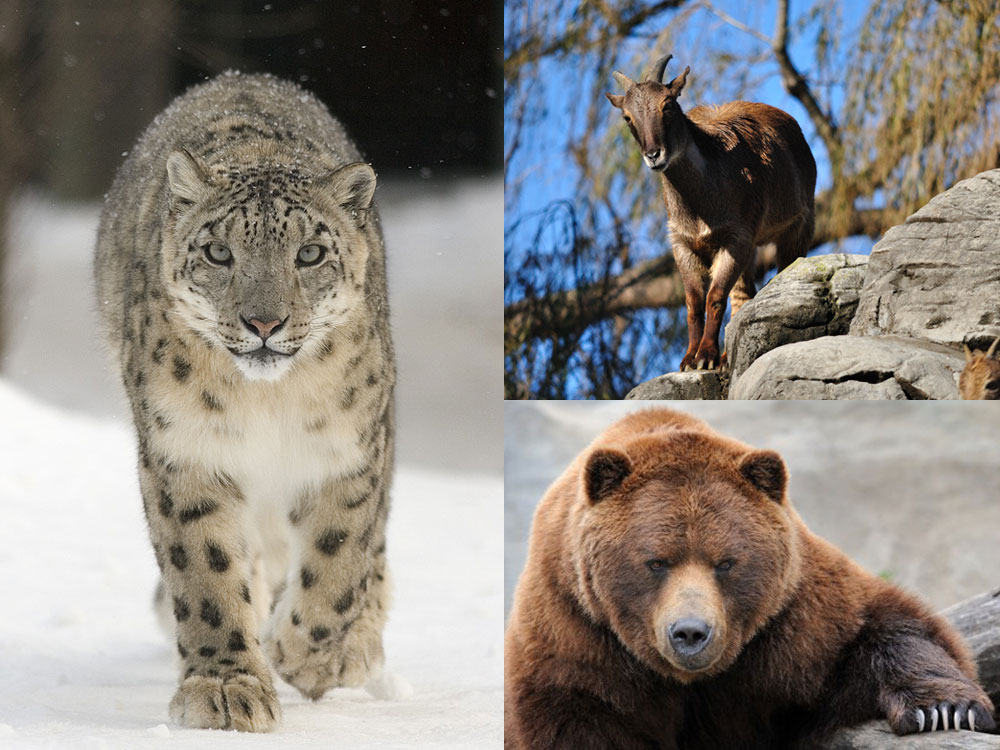 The Great Himalayan National Park was created to preserve the unique ecology of the western Himalayas. It is a part of the Indian Himalayas biodiversity hotspot as well. Several rare and endangered species of mammals can be spotted here. The elusive snow leopard, the Himalayan Tahr, musk deer and wild mountain goats are the most sought after. The Great Himalayan National Park has the distinction of being one of the only two national parks in the world where the bird Western Tragopan is found in good number. With over 200 species of birds, including several varieties of pheasants, the park is a birdwatcher’s delight. 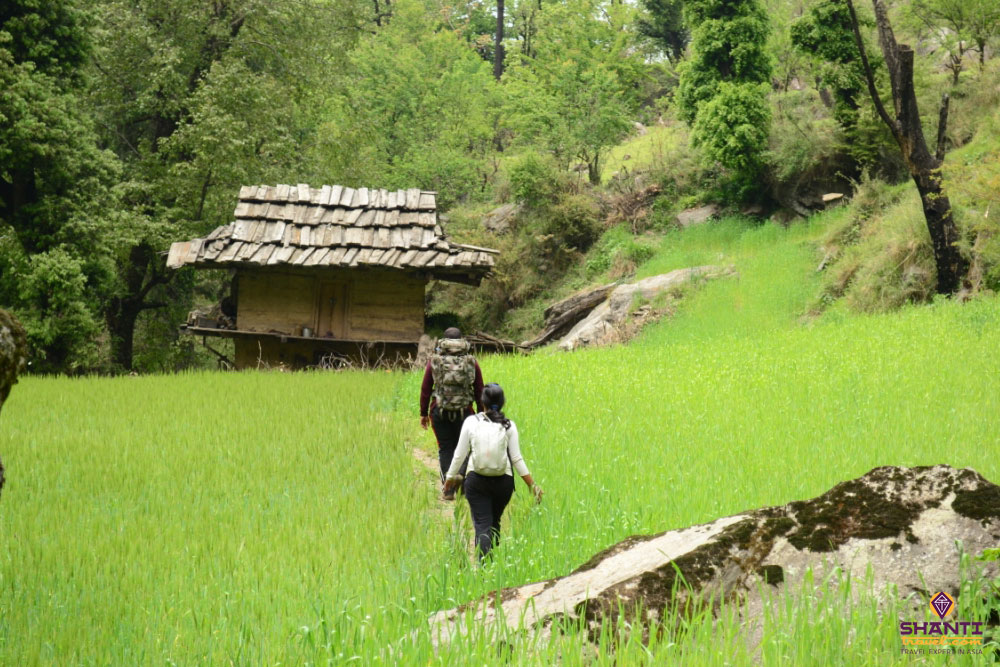 Great place for trekking and adventure

The Great Himalayan National Park is known worldwide for its trekking and hiking trails. It is one of the best places in the world for ecotourism. The Himalayas reveal their true beauty and diversity only upon deep exploration. The Sainj and Tirthan valleys are popular spots for trekking in the buffer zone. Trekking inside the park is the prerogative of the more adventurous, since it could be very strenuous. One particularly spectacular trek is from the park up to the source of river Sainj at Rakti Sar (4,500 m). Snow-capped mountains and open meadows make for some great vistas on all treks. Crossing one of the rivers and streams on foot is also an enjoyable activity.

Other must-visit places in the vicinity

The river Tirthan originates from the Tirath glacier at an elevation of 4,000 m. Tirthan valley also has a beautiful glacial lake which is sacred to the local villagers. The Rolla region within Tirthan valley is a great spot for sighting animals such as musk deer and leopards. You could also visit the hot springs at Khirganga or the source of river Parvati at Mantalai. Learn from your guide about the various medicinal herbs found in and around the Great Himalayan National Park. 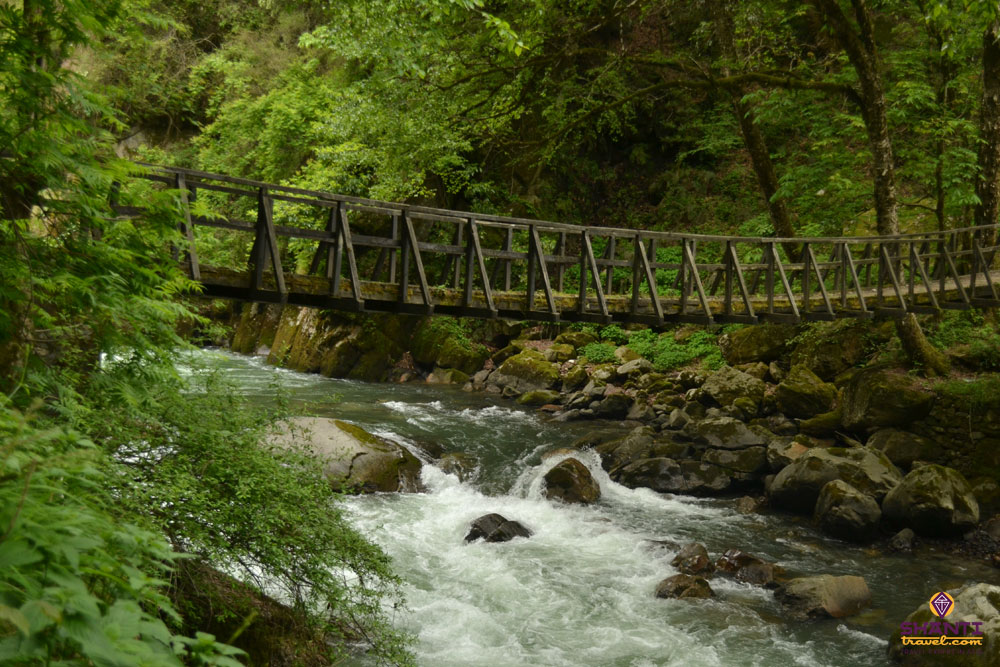 Plan your trip: Things to know

Temperatures could go up to 300C in the summer and stoop as low as -50C in winters. In the monsoon and winter, roads are inaccessible due to rain and snow respectively. Thus, April to June and October-November are ideal periods for visiting the Great Himalayan National Park. Autumn (September to November) is when the animals begin migrating to lower altitudes. It is therefore the perfect time to indulge in wildlife spotting. Make sure to carry warm clothes, along sun-block cream, a first aid kit for emergencies, trekking equipment and a camera.

There is a nominal fee to enter the Great Himalayan National Park, as also for camera and videography. Activities like smoking, making a racket or feeding animals are prohibited. Foreign visitors on a multi-day trip to the park also need to have insurance that covers emergency helicopter evacuations. The park is about 500 km from Delhi and is reachable by road. You can also take a train from Delhi to Pathankot. From thereon, a beautiful 10-hour toy train ride takes you to Joginder Nagar, 100 km from Kullu. The nearest airport from the national park is 63 km away at Bhuntar (Kullu).

The Great Himalayan National Park is one of the most mesmerising national parks in the world. It is not to be missed if you’re looking for a peaceful retreat into the beauty and natural heritage of the Himalayas.

If you want to plan a visit to the Great Himalayan National Park for a weekend holiday, do not hesitate to contact us and enquire about an awesome Shanti break: http://www.shantitravel.com/en/the-shanti-breaks/himachal-great-himalayan-national-park/