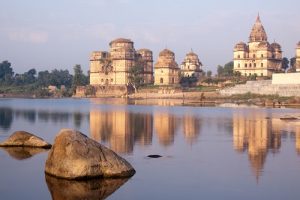 Are you passionate about Hinduism and curious to discover the temples and palaces of central India? Our Travel Experts in India have gathered some must-see cultural marvels and breathtaking landscapes in Central India.

Board a ferry to the mythic Elephanta Island in the Sea of Oman that borders Mumbai megacity. There, you can visit the famous cave temples that have been carved directly into the rock in the 5th century AD. 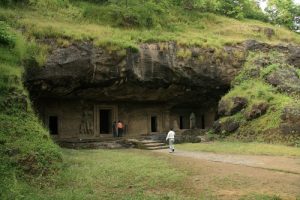 From Mumbai, hit the road inland to admire millennium caves of Ellora and Ajanta. Ellora is a true masterpiece of Buddhist, Hinduist and Jain religions and is an architectural jewel of Deccan. Ajanta is a splendid site that encompasses 29 Buddhist caves, the most ancient ones dating 2nd century before J-C and the most recent ones date to the 7th century of our era. This is one of the most beautiful examples of cave architecture in India. 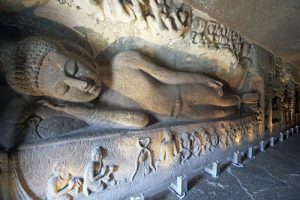 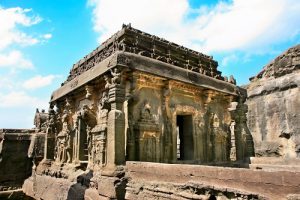 3] Madya Pradesh and the charming ‘ghost city’ of Mandu

Heading up North in Madya Pradesh, plan to stop in the charming town of Mandu, well known as ‘ghost city’, surrounded by battlements and perched on the peak of a hill. Visiting North India lets you immerse in the captivating story of the country. The ruins testify the renown and refinement that this old capital of Malwa knew once upon a time, before being abandoned. 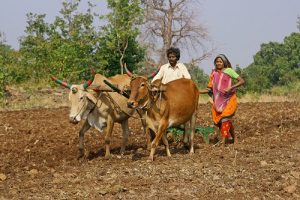 4] In the heart of Hinduism at Maheshwar and Omkareshwar

Dig deeper into the heart of Hinduism and visit the holy cities of Maheshwar and Omkareshwar. All year long they host thousands of pilgrims and sadhus travelling from the entire country. At Maheshwar, you can visit the Fort that oversees the city and offers a breathtaking panoramic view on the Narmada and its Ghats. Continue your travel through North India towards Omkareswhar, a small island at the junction between the Narmada and Kaveri rivers. This city attracts many pilgrims too, in particular those who adore Shiva. The island forms the holy Hindu sign ‘OM’ and is home to one of the twelve “jyothi lingam” (sanctuary dedicated to Shiva). Visit Shri Omkar Mandhata temple, or Brahman temple of Siddhnath dating from the early middle age, without forgetting Jain temples.

5] Wandering along the Ghats and visit of Ujjain temples

On the road to Orchha and Khajuraho, cities where Hindu art reaches its peak, stop-over at Ujjain. There you can visit Mahakaleswhar Mandir temple that is home to another one of those twelve “jyoti linga” of India, but also Harsiddi Mandir or Gopal Mandir temples. Wander along the Ghats to observe Hindu rituals. Every 12 years, thousands of Hindu pilgrims gather at Ujjain for the Kumbh Mela, the most important religious gathering of the world. The precise dates of Kumbh Mela and the most appropriate hours to enter the waters are estimated by astrologists who study the positions of the sun, the moon and Jupiter. 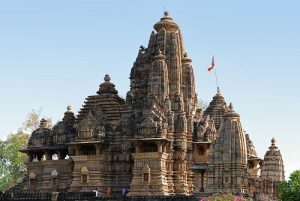 7] The Ganga and Benares, between culture and holy

Continue towards Varanasi (Bénarès), the most sacred city of India. Wander along the Ghats bordering the Ganga, the holy river of Hinduism, and enjoy a small boat tour admiring the sunrise and the pilgrims doing their purifying ablutions. 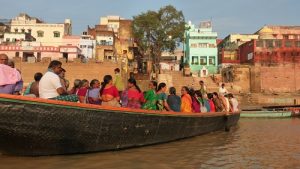 8] The Taj Mahal and Red Fort of Agra

Visit the Red Fort of Agra and the mythic Taj Mahal. This one is the temple of passion and one of the 7 wonders that was built in 1631 by the Moghul emperor Shahjehan to immortalize his love for his deceased wife, the queen Muntaz Mahal. 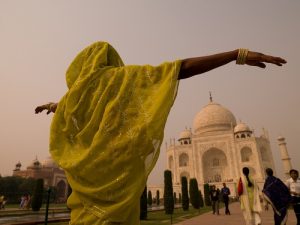 Capital of India, founded on the site of 7 historic cities, Delhi is composed of the old town and new town, two halves in a chaotic though stimulating whole. While Old Delhi has kept a sense of traditional ancient city, New Delhi has multiple high buildings, large boulevards, fountains and big parks. Contact your travel expert to know the best spots of this vibrant city! 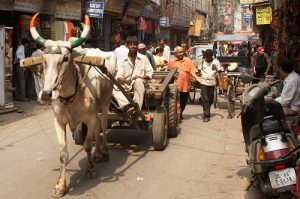 Trace back centuries of history by immersing into archeological sites of central India. Marked with folklore and stunning art masterpieces, temples and palaces are confiding their small and big secrets…