Shanti Travel > Between the warmth and wonders of Monywa

Monywa is a small city located about a two hours’ drive to the west of Mandalay in Burma. Located in the heart of Burma, it is known as the hottest part of Burma. Yes, even hotter than Bagan, and yet so dry! I can reaffirm that it was indeed in Monywa that I felt the most sweltering heat, second only to the Gobi Desert in Mongolia.

Monywa is nothing exceptional in itself. It is in fact one of the most typical Burmese cities: a night market, chaotic traffic, all kinds of shops along the roads, simple cuisine, lots of dust, and smiles everywhere. The area is famous for its thanaka, a very popular local cosmetic paste made from natural ingredients.

However, extremely interesting sights are located just within the vicinity of Monywa. Here is a brief overview: 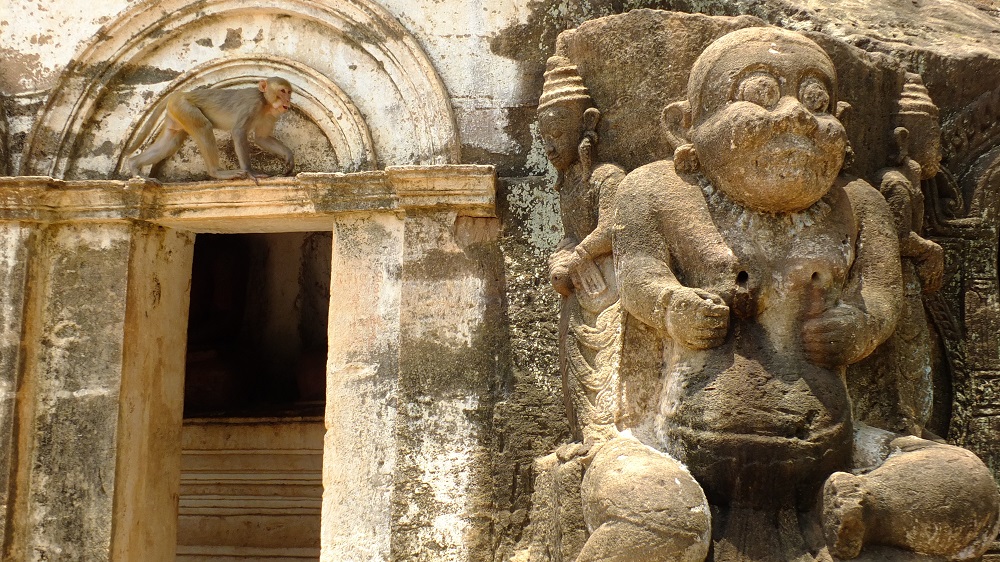 Situated towards the west, where a few hills timidly interfere with the otherwise flat landscape of Monywa, Po Win Daung (or Po Win Taung) is one of those archaeological sites that are universally loved, much like Bagan.

Here, however, you will find no temples, but an entire hill carved with niches and small caves in honour of the Buddha. There are no less than a thousand of those! It’s a real Buddhist maze of stairs and slopes, and nothing like it can be found anywhere else in the world. Here you’ll also find pyramidal pagodas, statues similar to monstrous gargoyles, and some incredibly preserved paintings that date all the way back to the 14th century.

Many monkeys have also taken up residence at this exceptional site of Po Win Daung. They can be seen everywhere around the site, snuggling up in various niches and taking naps. 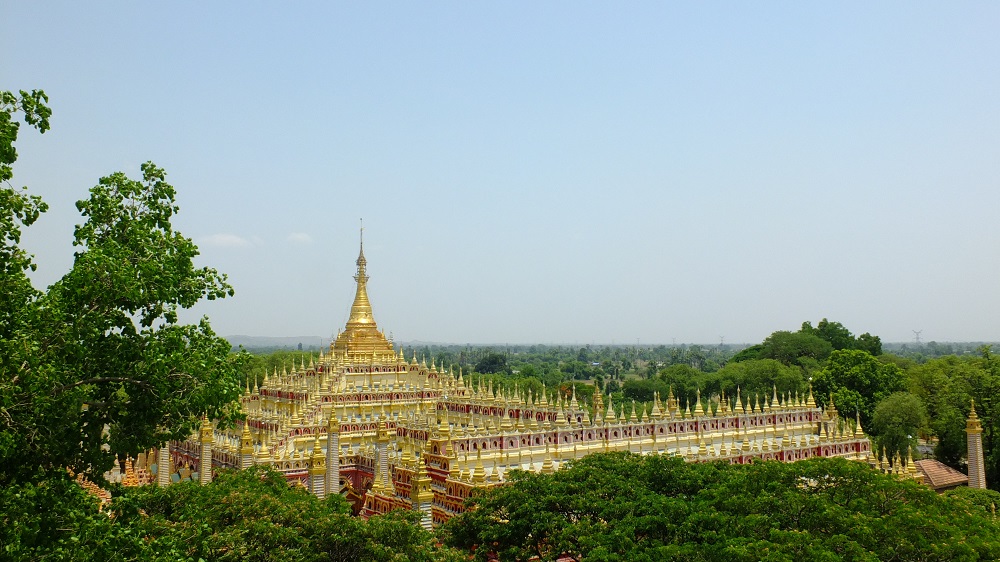 To the east of Monywa is one of the most unusual temples: the Thambuddhei. The design of the main building surprisingly reminds one of the temple of Borobudur in Indonesia, the largest Buddhist temple in the world. But unlike its Javan cousin, Thambuddhei is characterized by an overabundance of kitsch colors. And that too, real kitsch, such as those we are used to seeing on Hindu temples. There is also a presence of numerous animal and monstrous figures, much more than is usual in Buddhist temples.

The Buddha is not, however, to be left behind. Indeed there are about half a million tiny Buddha statues that adorn the facades and pillars of the temple. As is sometimes seen in more rural temples of Burma, one can observe the presence of many “Nats”, or ‘spirits’ as per the ancient religion of Burma, as well.

These “nats” often have a human appearance. You can interpret several of their stories from the scenes sculpted all around the temple buildings. Just around the temple, you will find an incredible panoramic view of the surrounding plains. 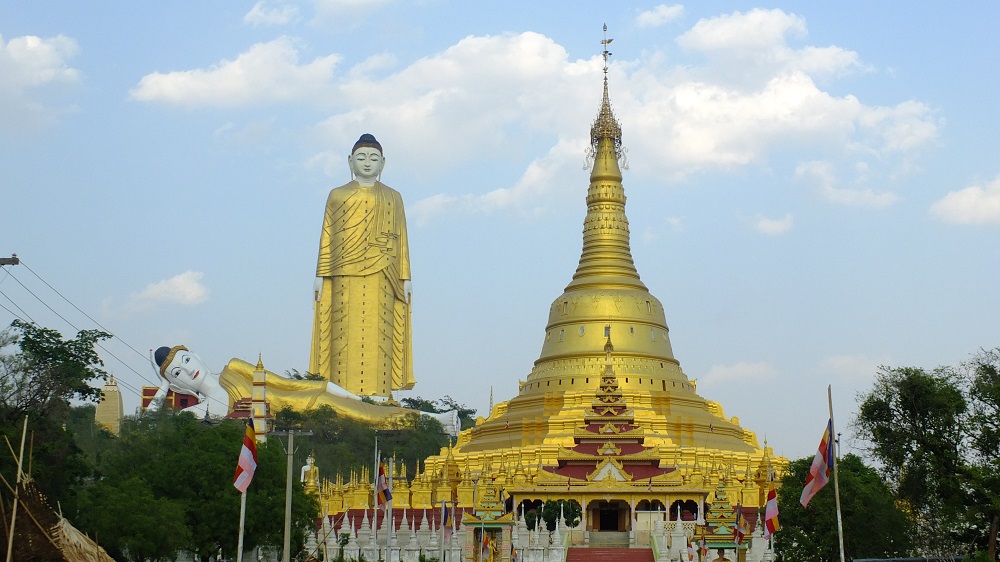 The Maha Bodhi Tataung is a humongous site within the northern part of Thambuddhei temple, a true Buddhist theme park. The site contains a multitude of pagodas and Buddhist statues dedicated to the monks.

Among them are the Laykyun Sekkya Buddha, the second largest standing Buddha in the world (the first is likely located in China). This Laykyun Sekkya Buddha can be seen for several kilometres around. It is about 129m tall, having 28 storeys. Its construction began in 1996, but the great Buddha is unfortunately still not finished. There are still many stories to be decorated, and the top floor is yet to be opened. It would anyway be a feat reserved for the brave, because there is no functional elevator within the structure! But the panoramic views of the surroundings from the top are certainly to die for.

Inside the Laykyun Sekkya Buddha you’ll find beautiful paintings representing Buddhist scenes. Beware, however, because the first storey of the structure depicts Buddhist hell. It is decidedly not a fun place to visit for sensitive people!

The site also has a reclining Buddha which, although smaller than the Laykyun Sekkya, is still 101 m long.

To visit Monywa and discover its many wonders, contact me via this link: http://www.shantitravel.com/en/burma-travel/