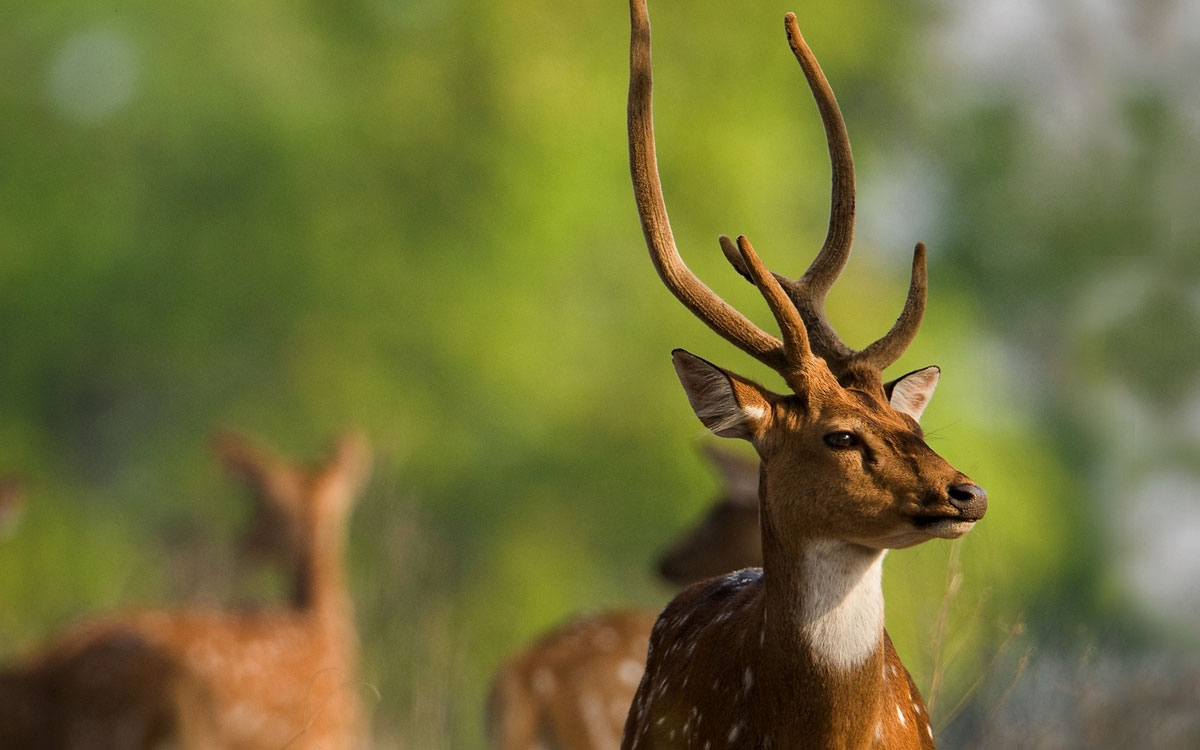 The first thing to come to mind when you think of Madhya Pradesh is undoubtedly its wildlife tourism. The state located at the very heart of India is gifted in terms of ecology, geography, and biodiversity. The river Narmada flows west to east through the state, while the Vindhya and Satpura mountain ranges demarcate its territory in the north and south. 30% of its area is covered in forests, home to an invaluable treasure of Indian wildlife. The state has 11 national parks, 3 biosphere reserves and numerous sanctuaries. Wildlife tourism in Madhya Pradesh thus makes it a popular destination with nature lovers and adventure junkies.

Madhya Pradesh is home to 19% of India’s tiger population, and 10% of the entire world’s. It isn’t called the ‘Tiger state‘ of India for nothing! For a real taste of wildlife tourism in Madhya Pradesh, visit the following five Project Tiger reserves in the state. 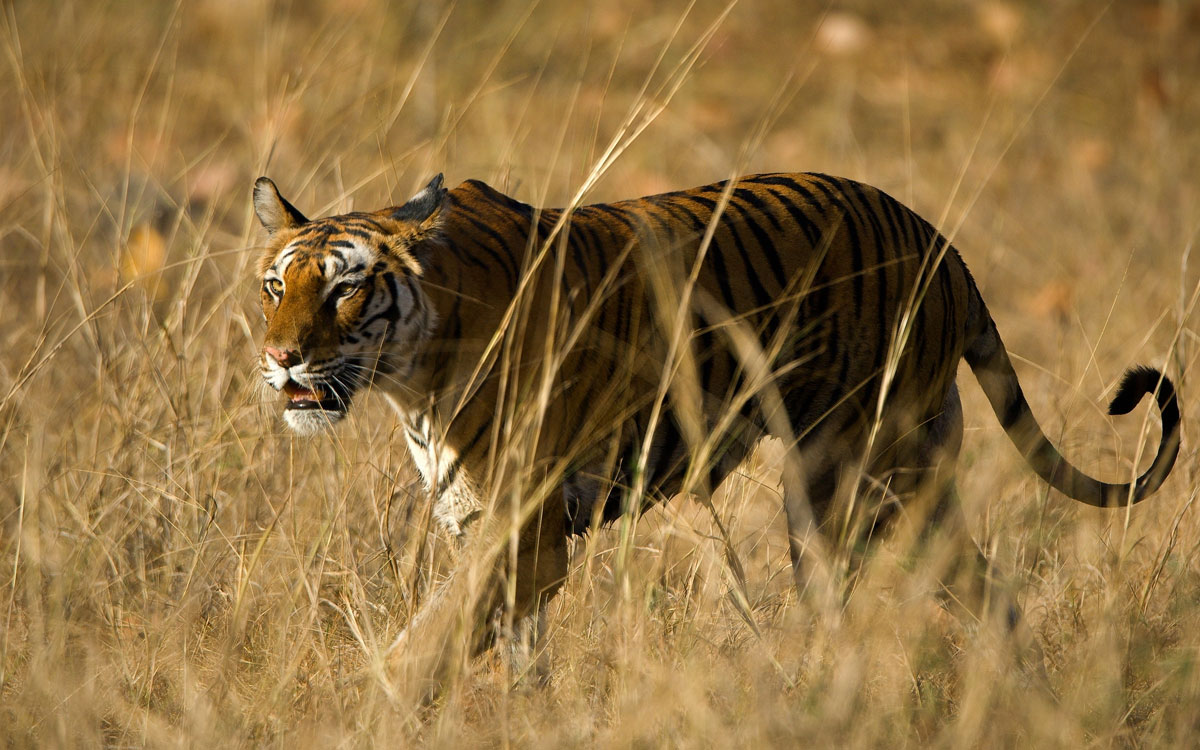 Kanha National Park, renamed Kanha Tiger Reserve in 1973, is the largest national park in central India. The landscape of Kanha ranges from lush green meadows and sal forests to bamboo thickets and wooded ravines. Several clear streams criss-cross through the park, lending it a serene atmosphere. The Maikal hills form the eastern border of the reserve. Kanha tiger reserve is the perfect place to experience wildlife tourism in Madhya Pradesh. November to February is the best period to visit Kanha. A significant population of Royal Bengal Tigers, leopards, sloth bears, Barasingha deer, and Gaur bisons is found here. You can either drive through the reserve or take an elephant safari. Listen carefully and you’ll hear the calls of birds and the humming of insects. Your guide will help tune your senses to your natural surroundings. You will soon be trained to spot footprints and signs of wildlife in the vicinity. A visit to Kanha is a unique sensory experience that makes you look at nature in a new light.

Declared a national park in 1968, Bandhavgarh gets its name from Hindu mythology. It is believed that Lord Ram gave the highest hillock in this area to his brother to use as an outpost during their war with Lanka. Hence the Sanskrit name Bandhavgarh, meaning Brother’s Fortress. The reserve has a high density of tigers, as also sizeable populations of leopards, nilgai, bisons, and many species of deer. It is also popular for bird-watching, with over 250 species known to nest here. In the monsoons, Sarus Cranes descend onto the Bandhavgarh grasslands to breed. Bandhavgarh tiger reserve contributes greatly to the wildlife tourism in Madhya Pradesh. It is best to visit between October and June for a pleasant tour. 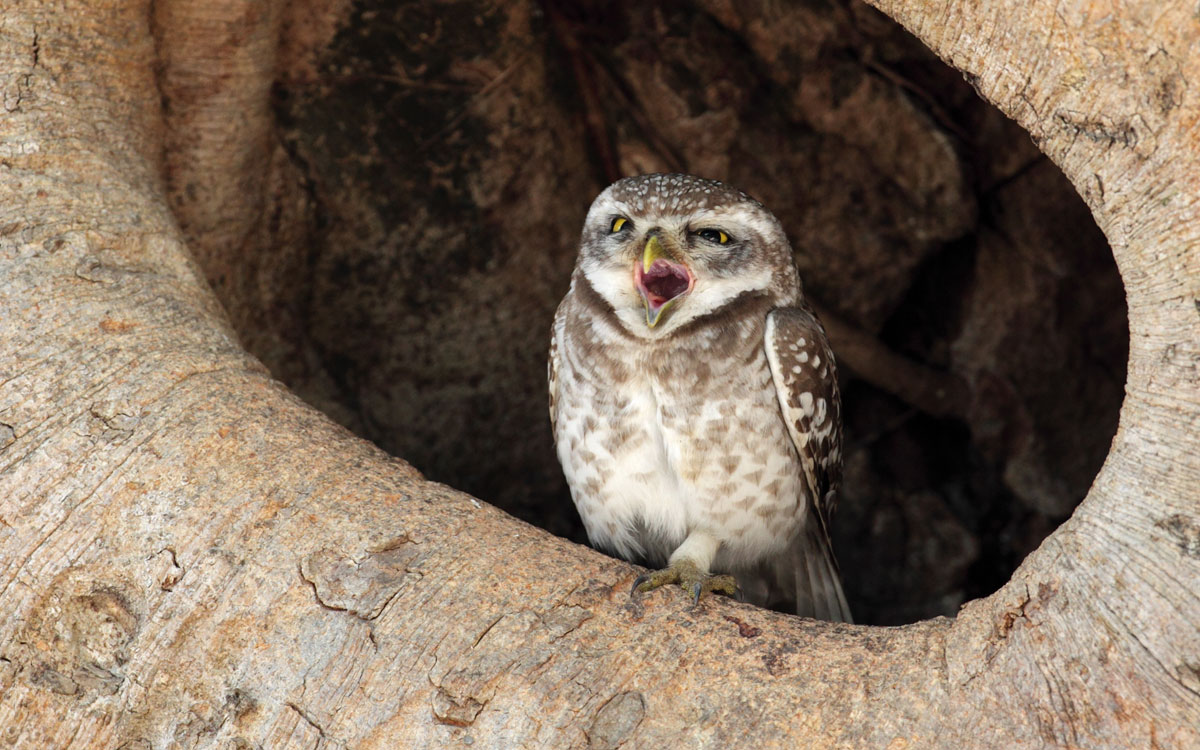 Pench National Park is most renowned for being the setting of Rudyard Kipling’s The Jungle Book. The beauty and natural charm of the area have indeed mesmerised many a person in history. So much so that it finds mention even in Ain-i-Akbari, written by Abul Fazl during Akbar’s reign. Pench wildlife sanctuary was made a national park in 1983 and subsequently a tiger reserve in 1992. The park is divided into nearly equal halves by the Pench River flowing through the region from north to south. You can spot a number of mammals and birds, including migratory species, at Pench. Tigers are found in large numbers too, though sightings are confined to a few lucky people. Amongst the mixed trees found here, teak, mahua, and amaltas (Indian laburnum) are most common. December to April is the ideal time to plan a trip to Pench. It remains closed from July to September. While on a wildlife tourism spree in Madhya Pradesh, do not miss out on this extraordinary experience.

Drawing its name from the famous Satpura range of hills in Madhya Pradesh, this park was established in 1981. It also includes within its jurisdiction the neighbouring wildlife sanctuaries of Panchmarhi and Bori. The terrain varies from sandstone cliffs and deep ravines to dense forests and level plains. All the species for which wildlife tourism in Madhya Pradesh is famous are found here. Chital, Sambhar, Bengal Tiger, nilgai, many kinds of deer as well as squirrels. Black Buck and Indian Muntjac (barking deer) are also to be spotted. The city nearest to Satpura is Panchmarhi, the only hill station of central India. It is well worth a visit while you’re at the national park. Visit between November and June for the perfect retreat into nature’s lap. 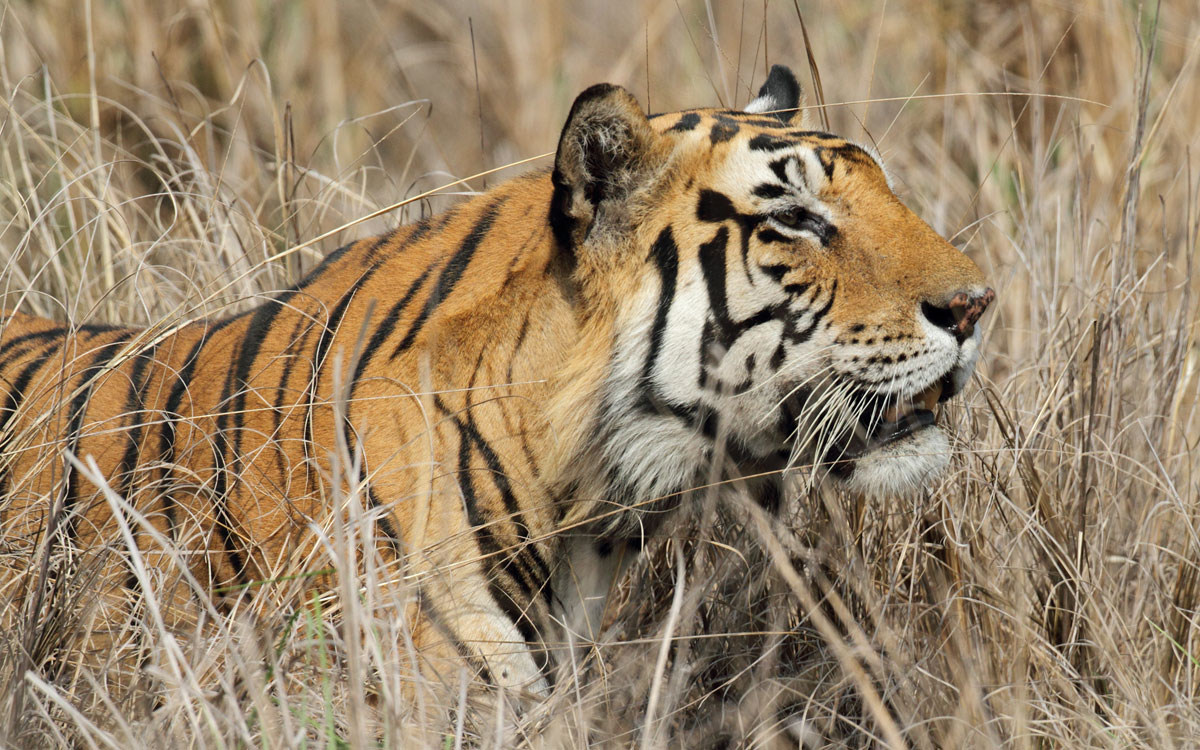 Panna National Park forms an important part of the catchment area of river Ken, along with the Ken Gharial wildlife sanctuary. It is one of the most important reserves under Project Tiger that enhance wildlife tourism in Madhya Pradesh. You can spot a number of Chital (spotted deer), Chinkara (Indian Gazelle), sloth bears, sambhar, and nilgai. Tiger sightings have reduced over the years due to poaching and habitat destruction. Mixed fauna ranging from teak forests to subtropical broadleaf trees are found here. The Ministry of Tourism accorded it with the Award of Excellence in 2007 for being the best maintained national park in the country.

Boasting of some of the best national reserves of India, Madhya Pradesh is a haven for wildlife spotting. For the lovers of nature walks, animals, and jungle safaris, wildlife tourism in Madhya Pradesh is a great opportunity to unwind. Head over to any one of these places to discover the real beauty and richness of Indian biodiversity.

Here is a link of one of our program to get the real taste of Wildlife tourism in Madhya Pradesh and in neighboring Maharashtra: http://www.shantitravel.com/en/north-india-tours/madhya-pradesh/palaces-and-wildlife-of-madhya-pradesh/