The International Flower Show  in Sikkim is organized every year in the summer. One of the recent most additions to the eight sister states of North East India, Sikkim is home to over 5,000 species of flowering plants, more than 500 rare orchids and numerous other exotic species of flora. It is a must-visit especially during the peak flowering season from February to May, when the flowers are in full bloom and the entire region is transformed into a paradise on Earth. The International Flower Show is being held this year from the 1st to 31st of May, and promises to be a colourful spectacle with thousands of varieties of flowers and native plant species on display.

One stop for magnificent flowers, expert advice and horticultural tips

The show will be held at Saramsa Garden, located on the Pakyong Road 14 kilometres east of the capital city of Gangtok. Saramsa is a beautifully landscaped open garden with ornamental bamboo groves and tall conifers spread over 10 acres of sprawling hillside. The main attractions at the show include orchids, magnolias, rhododendrons, gladioli, roses, cacti, ferns and many alpine species native to the Himalayas. The International Flower Show will also be marked by the presence of several Indian and international botanical experts who will hold a series of seminars and lectures. The carnival is also envisaged as a centre for expert advice and information on horticulture and handy tips on how to grow and nurture these charming flowers on one’s own.

Showcasing Sikkimese culture and traditions to the world 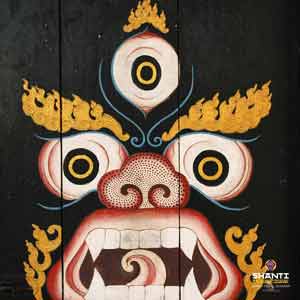 Sikkim is one of the very few regions in India that thrive on organic farming and floriculture. Perched on the foothills of the mighty Himalayas, the region has a wide variety of flora ranging from the tropical to the alpine. Organized for the first time in 2008, the International Flower Show has succeeded in pinning the Sikkim on the global floricultural map. Dendrobium nobile, the state flower of Sikkim, is known to have been presented to the Queen of England at the Buckingham Palace as far back as in the 19th century. Flowers are an integral part of Sikkimese culture, traditions and economy. The flower show is aimed at bringing Sikkim’s floricultural tradition and scenic beauty to the world while providing much-needed international exposure and experience to the local flower producers as well.

Carnival for foodies and adventure seekers too

The show is supplemented by a host of other activities, that include white water rafting and safaris on the back of the fabled Himalayan Yak. A food festival is also organized simultaneously where visitors get to treat their gastronomic senses to an entire range of Sikkimese delicacies.

The International Flower Show is a celebration of the ecological diversity and picturesque locales of Sikkim. It is a must-visit not just for botanical enthusiasts and budding horticulturists but for every nature lover who would like to be surrounded by the fresh fragrance and alluring charm of newly bloomed flowers.

Sikkim is one of the most beautiful states in India. According to legend, the great Buddhist saint Padmasambhava regarded this place as heaven on earth. Lonely Planet had listed Sikkim as one of the best regions to visit in the year 2014. Visiting Sikkim for the International Flower Show will give you an opportunity to discover this elusive Northeastern state in its full glory. Check out our program http://www.shantitravel.com/en/indian-himalayas/sikkim-trekking/ which you can customise to include a day trip to the International Flower Show.