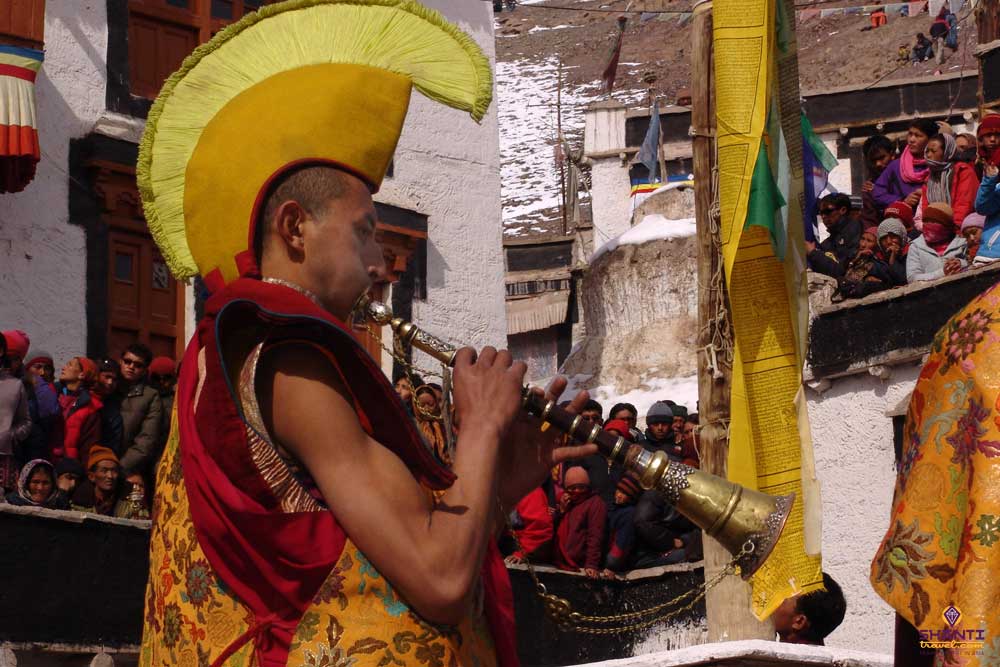 Looking for an escape this summer? It’s time to book your trip to Ladakh! June is the perfect season to be in Ladakh. Life returns to normal after a long cold winter and the Indus Valley comes alive and is opened for the first festivities. This is when the Hemis Festival in Ladakh also takes place.

This area, dubbed as “Little Tibet”, promises an authentic journey into the heart of one of the most beautiful regions of India. Besides trekking routes and breathtaking scenery, Ladakh is distinguished by its Tibetan Buddhist culture. The spread of Buddhism in this region gained importance from the tenth century onwards. It is also called “Lamaism” because it assigns great significance to their spiritual leader: the Lama. Lamaism is firmly rooted in the many monasteries in the area. They mainly belong to two categories: Kagyupa and Gelukpa. These are the best known in the area, nicknamed the yellow hats, referring to the Dalai Lama. During your stay in Ladakh you cannot afford to miss the famous monasteries, also called “gompa”. They are often located in exceptional geographical positions, perched at great heights relative to the surrounding villages, dominating the valleys that surround them. 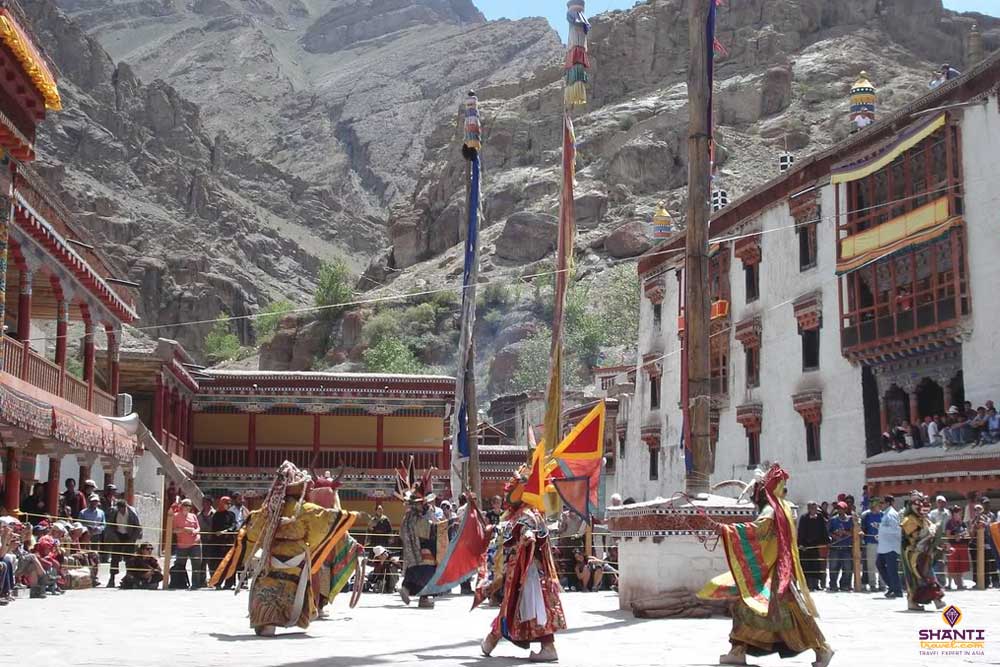 Hemis Monastery is located in the Indus valley, about 50 km south-east of Leh. It is situated in an enchanting setting, at the end of a road that winds through terraced fields. This traditional Drukpa monastery, following the Kagyu School, was founded in the seventeenth century by King Sengge Namgyal. It is reputed to be the largest monastery of Ladakh, home to about 500 monks. It is also known for its annual festival. Hemis Festival takes place on the 10th and 11th day of the 5th month of the year of the monkey in the Tibetan calendar. It is not a folk festival but a religious ritual of great importance, attracting many pilgrims, villagers and travelers from far and wide. This festival celebrates the birth of Guru Rinpoche, or Padmasambhava, a great spiritual teacher and the founder of Buddhism in Tibet. The dances of the monks, or the ‘Cham’ are an extraordinary spectacle. Monks dressed in baggy silk fabrics and colorful masks mock struggle against the enemies of the Buddha’s doctrine. The festivities take place in the courtyard of the monastery of Hemis for two days. This year Hemis Festival will take place on 26 and 27 June 2015. 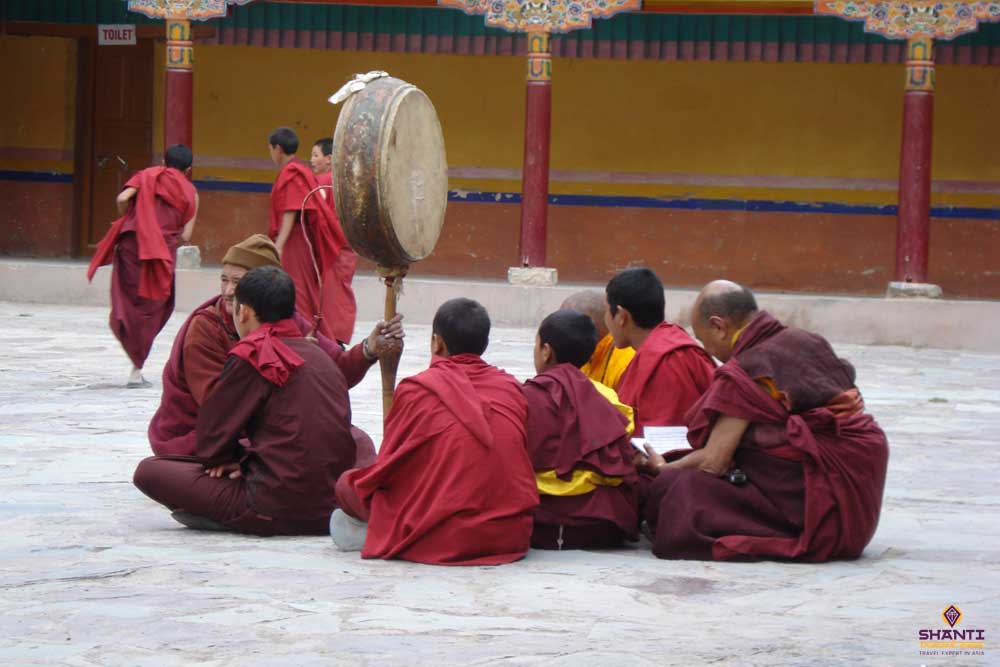 Customize your itinerary based on this event to make sure your trip is unforgettable. Hemis festival is an excellent introduction to Tibetan Buddhist culture. You could attend it at the beginning of your stay in Ladakh, during the acclimatization period. Push off from Leh in the early morning with your guide for a day high on emotions and colours. You could also end your trip with the Hemis Festival. Visit the Indus Valley during this event as it is a lively time to meet the Ladakhis enjoying the festivities.

Some things to keep in mind during your presence at the Hemis Festival:
– Protect yourself from the sun
– Bring your water bottle
– Do not smoke in the monastery
– Wear proper attire as it is a religious festival
– Stay silent during the dances of the monks
– Good news: the event takes place outdoors, so, photography is permitted!

[Check our program to celebrate Hemis Festival in Ladakh] 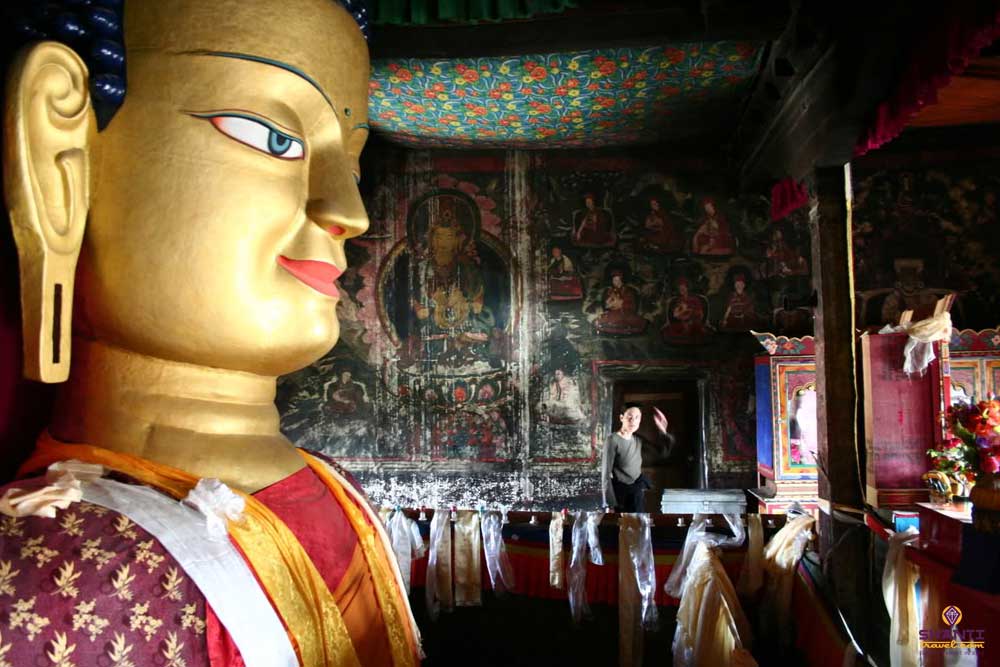 If you cannot fit Hemis Festival into your trip, there are other monasteries too which might fall on your way this summer. If during your trek you are near the Karsha monastery in Zanskar, you could attend the festival there on 14 and 15 July. On the same dates in the Indus Valley, close to Leh, starts the Phyang festival. In the Changtang region, Korzok festival is held on July 19 and 20: ideal for your journey to Lake Tso Moriri. Finally, on 26 and 27 July, the Dak Thok festival promises a great celebration in a little-known monastery on the road to Pangong Tso. If instead you arrive in Ladakh early in the season, do not miss the Lamayuru Festival that is to be held on June 14 and 15 in one of the most enchanting monasteries of Ladakh! 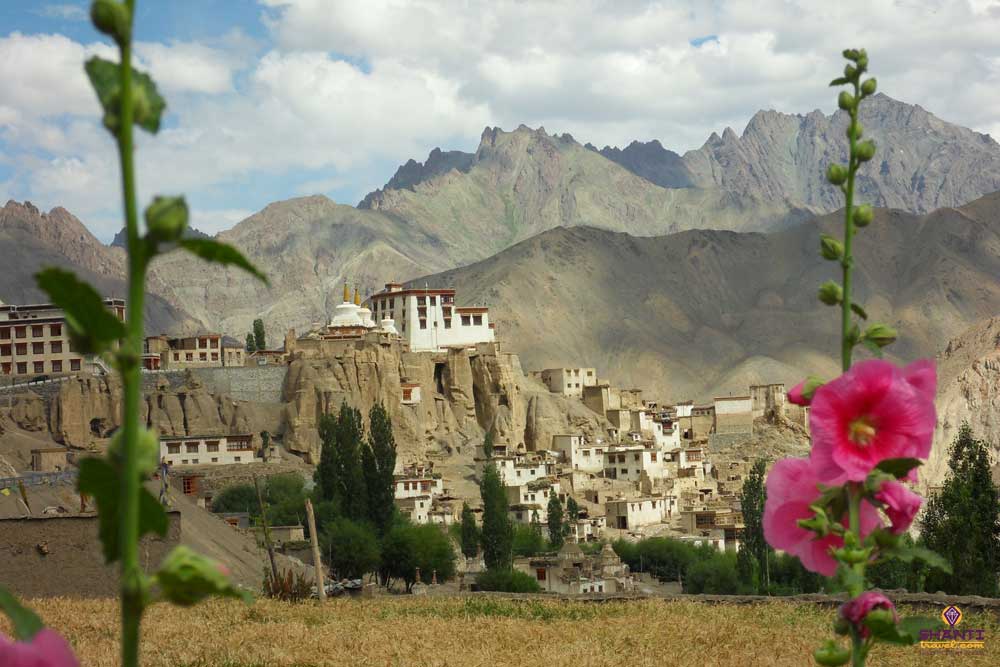 [Our program to discover the alluring Lamayuru Monastery]

Before taking part in Hemis Festival Ladakh, meditate on these beautiful words of the Dalai Lama: “There is no one who is born under an unlucky star, there are only people who can not read the sky.“