Wondering whether you should plan a tour to Myanmar in 2015? Here are 10 reasons why you definitely must.

1. Experiencing life on a Floating Village in Myanmar

Inle Lake, the second largest lake in Myanmar, is famous for entire floating villages made of wooden houses balanced on narrow stilts. The native people, called Intha, are largely farmers and fishermen who have evolved a unique lifestyle and culture of their own. The locals are known to grow fruits and vegetables on large ‘floating gardens’ that can simply be dragged along with a boat. When you pick a tour to Myanmar, a boat trip in and around these floating villages and local craft workshops is a rewarding experience to be had in the Shan highlands of Myanmar.

2. Trekking and Mountain climbing in uncharted territories of Myanmar

Trekking and mountaineering in Myanmar is a nascent activity and if you make haste, you could actually find many untouched limestone peaks and forests in the Burmese countryside before the world does. On a tour to Myanmare, head out to the Shan highlands to catch some spectacular hill views. Or hike through nameless jungles to discover hidden ruins and monasteries tucked deep into oblivion. When it comes to Myanmar, there is absolutely no dearth of surprises!

Nicknamed the ‘Golden Land’ for its majestic gilded pagodas, Myanmar is a renowned centre for Buddhism. It is home to thousands of temples and pagodas, many of them dating back to the period between 9th and 13th centuries. The most famous of Burmese pagodas include the Shwe Dagon Pagoda (Yangon), Kuthodaw Pagoda (Mandalay) and the gravity-defying Golden Rock or Kyaiktiyo Pagoda (Mon state). The landscape of Bagan is also dotted with the ruins of hundreds of ancient temples that literally take you on a journey back in time. The Ananda and Dhammayangyi temples stand out as the most visited. Travellers seeking greater adventure could also head out to the relatively unexplored temple ruins at Mrauk U in the Rakhine state of Myanmar. 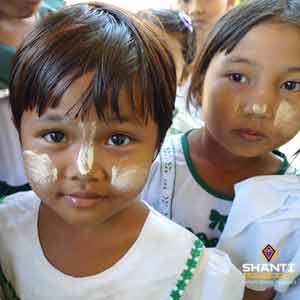 The people of Myanmar are perhaps the kindest, most amiable people across the length and breadth of Asia. Always smiling and ready to lend a helping hand, they are the perfect hosts and will go out of their way to ensure that you have a good time in their country. They won’t harass you for money or take advantage of your lack of knowledge of the surroundings. The kids are especially happy to practice their English and get clicked with tourists. On a tour to Myanmar, you are also bound to cross paths with many a monk. Strike up a polite conversation and you’ll be surprised at how friendly and forthcoming the Burmese monks can be.

Burmese food is a spicy concoction with strong Indian, Thai and Chinese influences. There is extensive use of tropical fruits and vegetables, exotic spices, seafood and rice. On a trip to Myanmar, one must certainly try the home-made Tofu native to the Shan highlands. Instead of the usual soymilk and coagulant, this tofu is made from flour and water and can be eaten fresh, curried or fried into fritters. It is known to make huge fans out of tofu-haters! Another reward for picking a tour to Myanmar is the extremely cheap beer that is locally brewed and only available within the country.

Myanmar is one of the few places in South East Asia where the beaches are still largely undefiled. White sandy stretches of coast, palm-fringed and cloaked in a virginal charm, make for a lovely and retreat into the lap of nature. There are also many uninhabited or sparsely inhabited islands off Myanmar’s coast, even more so in the Mergui archipelago, just waiting to be discovered by travellers who look for beauty in solitude.

Since Myanmar has only recently opened up to international tourism, the seas around Myanmar are off the beaten track of the average diver. Scuba diving safaris in the Mergui archipelago provide pristine views of uninhabited islands and clear blue seas without so much as another vessel in sight. Diving spots like the Shark Cave, Black Rock, Western Rocky and North Twin Island are great to witness colourful corals, sea urchins and glimpses of deep sea creatures such as whale sharks, manta rays, cuttlefish, octopuses, crabs and lobsters. It is advisable to take a tour to Myanmar between October and May to enjoy scuba diving off its untouched islands and coasts.

Myanmar houses the mummified remains of at least twenty ancient Buddhist monks whose bodies haven’t fallen prey to any agent of decay even though the monks are known to have died centuries ago. It is almost as if they are immune to destruction by any means, be it nature’s forces or cremation. The bodies even continue to grow nails and hair, causing some people to believe that the dead monks are still living in our midst and possess supernatural powers. Now that’s one spooky experience you wouldn’t wish to miss while on a tour to Myanmar.

Comprising of 730 large marble tablets making up 1460 pages, the largest book in the world was built by Burmese King Mindon Min in Mandalay in 1868. Each of the marble slabs is housed inside its own small stupa on the grounds of the Kuthodaw Pagoda. The Tipitaka Pali Canon of the Theravada branch of Buddhism was inscribed, originally in gold, on 729 of these tablets, while the 730th was added to record how it all came to be made. The crown of each small stupa was also embellished with precious stones, although they have been largely lost by now.

One of the many surprises sprung up on the traveller by Myanmar is the immense opportunities it holds for cavers and adventurers. The country has several known cave exploration sites, notably in southern Shan, Mandalay, Kayin and Mon states. Most of these caves are full of ornate statues and images of Budhha as well as murals and other rock formations. The Pindaya and U Hmin Gu caves in Shan state and Sadan cave in Kayin state are frequently visited by tourists for their religious and archaeological value, while the less frequented ones are good for cavers and adventure seekers. 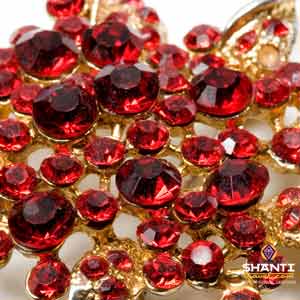 Myanmar is a great place to buy precious stones and jewellery as well, and at much lower prices than the West too, because they are produced in huge quantities here but hold little value to the largely agrarian local populace. For its natural, cultural and archaeological bounty, the country is currently seeing an unprecedented increase in tourist influx, so now would be the perfect time to plan your tour to Myanmar to bask in its unblemished glory before it all becomes commercialized.

Before this magnificent country gets intruded by flock of travellers here is how you can customize a tour to Myanmar with Shanti Travel:  http://www.shantitravel.com/en/burma-travel/